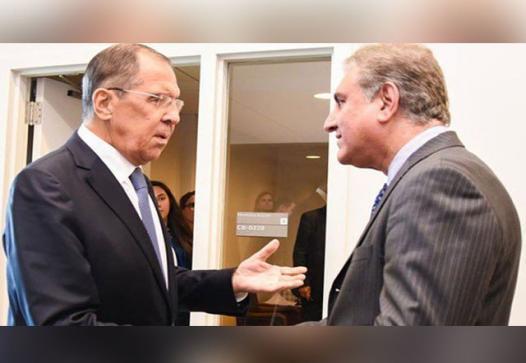 PESHAWAR (Pajhwok): The Pakistani foreign minister has underlined the imperative of a political settlement to accomplish lasting peace in Afghanistan.

Shah Mahmood Qureshi also sought global assistance to the Afghans during separate phone calls with his Russian and Turkish counterparts.

In addition to discussions with Sergei Lavrov and Mevlut Cavusoglu, he also spoke on the situation in Afghanistan with Organisation of Islamic Cooperation (OIC) Secretary General Yousef bin Ahmad Al-Othaimeen.

In his conversation with Lavrov, Qureshi stressed that a peaceful and stable Afghanistan was extremely important not just for Pakistan, but also for the entire region.

The foreign minister noted that Pakistan and Russia being part of the Troika Plus played a pivotal role in establishing peace in Afghanistan.

He added ensuring the security of Afghan citizens and protecting their rights should be the first priority in the current situation.

Qureshi remarked: “The path to lasting peace in Afghanistan can be paved through a comprehensive political settlement.”

In a statement from the Foreign Office, they agreed to continue mutual consultations in light of the changing situation in Afghanistan.

In a separate phone call, the foreign minister conferred with OIC’s Al-Othaimeen on the rapidly changing situation in Afghanistan.

Qureshi promised that Pakistan would continue to play its constructive role in promoting sustainable peace and stability in the neighbouring country.

Afghan parties would work for an inclusive political settlement, he hoped. “The success of negotiations in Kabul would not only benefit Afghanistan but also the region.”

It was imperative for the international community to remain engaged with Afghanistan by supporting the country’s economy, reconstruction, rehabilitation and humanitarian needs, he said.

It was also important for the Muslim world to show solidarity with Afghan people in their quest for a peaceful, united, stable and prosperous Afghanistan, he maintained.

The minister highlighted the role Pakistan was playing in facilitating evacuations and relocation of personnel from diplomatic missions, international organisations, media and others from Afghanistan.

He hoped the talks in Kabul would succeed, leading to an inclusive and participatory government that would bring lasting peace, progress and prosperity to Afghanistan.

The OIC secretary general apprised the foreign minister of an extraordinary meeting of the bloc convened on August 22 (Sunday) to discuss the Afghan situation.

Speaking to his Turkish counterpart, Qureshi said President Arif Alvi’s recent visit to Turkey for the launch of the Milgem Class Cor­vette for the Pakistan Navy had further strengthened bilateral cooperation.

The two sides exchanged views on bilateral relations and reviewed the latest situation in Afghanistan. They recalled the recent phone call between Prime Minister Imran Khan and Turkish President Recep Tayyip Erdogan on developments in Afghanistan.