OIC to set up humanitarian trust fund for Afghans 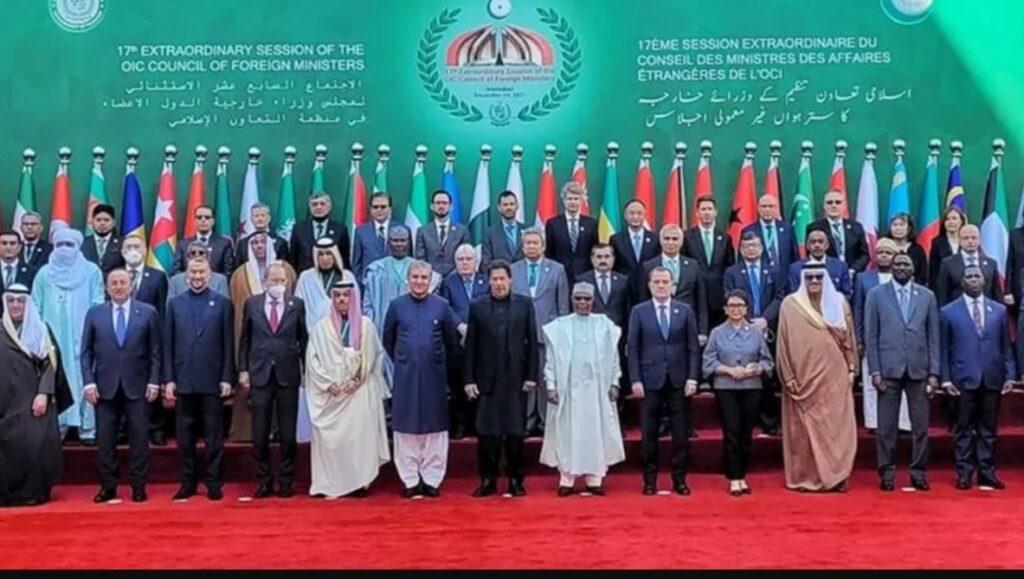 OIC to set up humanitarian trust fund for Afghans

PESHAWAR (Pajhwok): The Muslim world has agreed on setting up a humanitarian trust fund and launching a food security programme for Afghanistan.

In a unanimously-adopted resolution, the OIC foreign ministers vowed to engage with the World Health Organisation (WHO) for securing vaccines and medical supplies for the Afghans.

At the end of an extraordinary meeting on Afghanistan in Islamabad, the 57-member bloc promised playing a major role in delivery of humanitarian assistance to the people of Afghanistan

Released late on Sunday, the resolution reads OIC agrees to set up a humanitarian trust fund and launch a food security programme for the Afghan people.

The bloc decided the OIC General Secretariat, together with the Islamic Development Bank and Humanitarian Trust Fund, shall commence discussions with UN agencies on preparing a road map for mobilising actions at relevant fora to unlock Afghanistan’s financial and banking channels to resume liquidity and flows of financial and humanitarian assistance.

It would also create a mechanism for the disbursement of urgent and sustained humanitarian assistance to the people of Afghanistan.

The Islamic Development Bank was urged to swiftly operationalise the humanitarian trust fund by the first quarter of 2022.

The meeting noted the economic situation in Afghanistan was further compounded by a continued freeze on overseas Afghan assets, as well as other international assistance, exacerbating the urgent cash-flow problems.

The delegates warned an economic meltdown in Afghanistan would lead to a mass exodus of refugees, promote extremism, terrorism and instability, with dire consequences for regional and international peace.

The session decided to appoint Tarig Ali Bakheet, Assistant Secretary General for Humanitarian, Cultural and Family Affairs at the OIC General Secretariat, as special envoy of the secretary-general for Afghanistan to coordinate aid efforts. He was mandated to pursue economic and political engagement with Afghanistan and submit periodic reports.

The current humanitarian, social and economic situation, inter alia, was linked to the prolonged conflict in Afghanistan, the delegates said, underlining the importance of investing in human development for achieving sustainable peace and development in the country.

The members noted necessity for continuation of economic cooperation to improve humanitarian situation in Afghanistan and in this regard called for implementation of large-scale energy, transport and communication projects including the TAPI pipeline and the Turkmenistan-Afghanistan-Pakistan (TAP) electricity transmission line, to create new opportunities for increasing social well-being of the Afghan people.

The ministers recalled international community’s expectations that all Afghans seize this historic opportunity to promote national reconciliation, observe international conventions and agreements, and adhere to the international governing norms enshrined in the UN Charter and its resolutions.

They reaffirmed the importance of protecting and respecting the right to life, security, and dignity of the people of Afghanistan in compliance with the Islamic principles and the Universal Declaration of Human Rights (UDHR).

The session underlined the importance of establishing inclusive governmental structures that adopted moderate and sound domestic and foreign policies, with a friendly approach towards neighbours, aimed at realising the shared goals of durable peace, security, safety and long-term prosperity of Afghanistan and the region.

They also called for the meaningful participation of women in all spheres, and upholding human rights, including for women, children and minorities.

They stressed that the menace of terrorism remained a grave threat to peace, security and stability of Afghanistan, regional countries and the international community.

They also stressed that the Afghan territory must not be used as a base or safe haven for any terrorist group.

They strongly condemned terrorist attacks claimed by the so-called Islamic State in Khorasan Province (ISKP), an entity affiliated with Daesh, resulting in the loss of numerous precious lives and injuries to many others.

OIC members welcomed assurances for the safety and security of the diplomatic personnel and humanitarian workers, and international organisations in Afghanistan as well as grant of a general amnesty, refraining from reprisals, and to allow safe passage to all those who wish to travel to and from Afghanistan.

The council commended the role played by Pakistan, Qatar, Kuwait, the UAE, Iran, Azerbaijan, Turkey and other countries in facilitating evacuations from Afghanistan.

The participants urged Afghanistan to abide by the principles and purposes enshrined in the UN Charter and the Charter of the OIC and respect its commitments under international agreements and conventions, including its obligations under international human rights covenants, especially with regards to the rights of women, children, youth, elderly and people with special needs as well as the preservation of family values, as enshrined in Islamic teachings and principles.

The OIC council affirmed the importance of sustained engagement of the international community with Afghanistan, especially in supporting humanitarian and development needs of the Afghan people.

The members requested the General Secretariat to take immediate steps to reinforce the OIC Mission in Kabul with human, financial and logistical resources, enabling it to forge global partnerships and streamline aid operations on the ground.

They called upon Afghanistan to take concrete steps against all terrorist organizations in particular Al-Qaeda, Daesh and its affiliates, ETIM, and TTP.

Afghan authorities were asked to continue to work towards greater inclusiveness by developing a roadmap to strengthen participation of all Afghans including women and girls to participate in all aspects of society.