Last week was good in terms of security, economy for Afghanistan 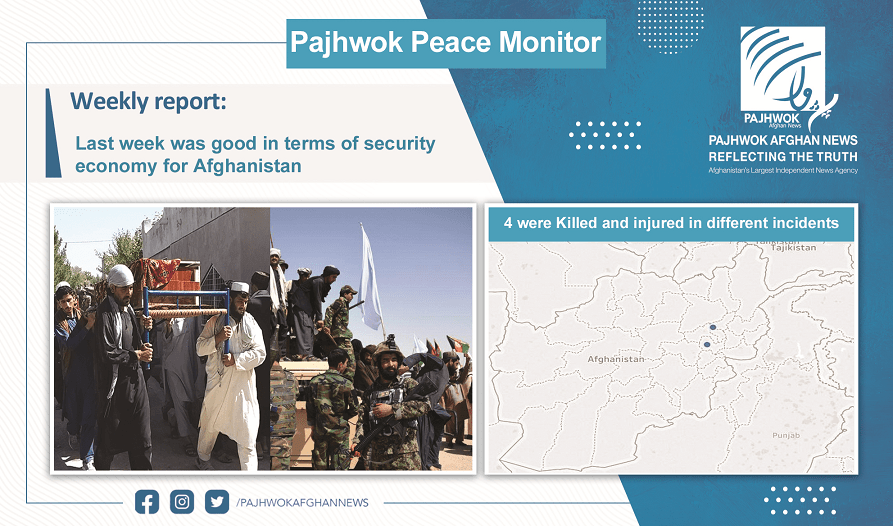 Last week was good in terms of security, economy for Afghanistan

KABUL (Pajhwok): Billions of dollars in international aid to Afghanistan was discussed last week, when weekly casualty rate in the country dropped to almost zero.

One person was killed and three others were injured in Kabul and Panjshir provinces last week —the lowest weekly casualty rate in last several years.

According to reports, a car bomb exploded near a security vehicle in GulSurkh Square in Kabul city last week, injuring three people. Some residents of Annaba district of Panjshir province claimed that security forces killed a civilian. The government says it is investigating Panjshir incident and would punish those involved in the murder. 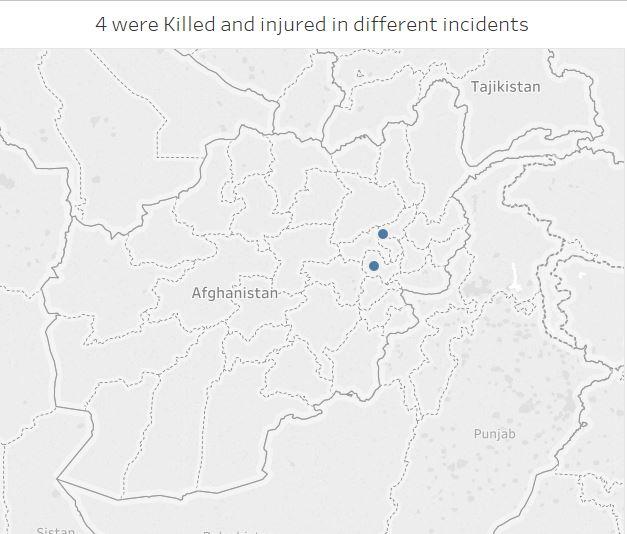 This comes as hundreds of people would suffer casualties every week during conflicts in the country.

World relations with Afghanistan and request for unblocking Afghan assets

The United States has frozen nearly nearly $10 billion in Afghan assets since the former Afghan government collapsed in August and replaced by the current caretaker government. The new government is yet to be recognizedby any country.

This comes as hundreds of protesters in Kabul and in Kandahar rallied and asked for the unfreezing of Afghanistan assets.

The United Nations Security Council last week extendedexemption of travel ban on a number of officials from Afghanistan’s caretaker government for another three months.

The Afghan government welcomed the move, but said that the sanctions should have been lifted three months ago in consideration to the Doha agreement.

The caretaker government insisted its strong ties and a positive role with the rest of the world, but said that no one should violate the rights of Afghans.

Billions of dollars aid to Afghanistan

Senior UN authorities have said that they had $8 billion plan to rebuild Afghanistan’s economy, including providing food and creating jobs to Afghans, and paying Afghanistan’s electricity loans to neighboring countries as well as building the country’s government system.

Former British Prime Minister Gordon Brown has also called for an international conference to be convened soon to provide $4.5 billion in aid to Afghanistan.

Meanwhile, a shipment of 50,000 tonnes of wheat donated by Pakistan started arriving in Afghanistan and so far 1,800 tones have reached Kabul. The wheat is part of Pakistan’s 5 billion Pakistani rupees in humanitarian aid to Afghanistan.

Political analyst,Qazi Mohammad Hassan Haqyar about UN and Britain’s statements on billions of dollars in aid to Afghanistan and lowest casualties last week said, “Last week was good for Afghanistan in terms of security and economy.”

He termed the drop in casualties as good news for Afghans and said it could be the first week in Afghanistan’s 40-year history that casualties had dropped to near zero.

Haqyar said the international community had also paid close attention to humanitarian aid to Afghanistan this week, adding Afghans deserved to to be remembered by the world in the critical situation.

“The Islamic Emirate is getting stronger day by day. There were some irregularities in first days which have been resolved, efforts are on for establishemtn of a strong government in Afghanistan,” he said.

Ghani and Khalilzad criticize each other

Former Afghan President Ashraf Ghani in his first interview with the BBC after the fall of his government, said that ZalmaiKhalilzad, the former US envoy for Afghan peace process, was focusing on foreign withdrawal of foreign forces from Afghanistan instead of peace. He said that Khalilzad’s mistake was trusting the US and its allies.

However,Khalilzad reiterated that Ghani’s focus was on staying in power.

In response to Ghani’s remarks that he would have been killed if stayed in Kabul, Khalilzadsaid, “If he really feared, he should have asked help from us, but he did not ask for that.”