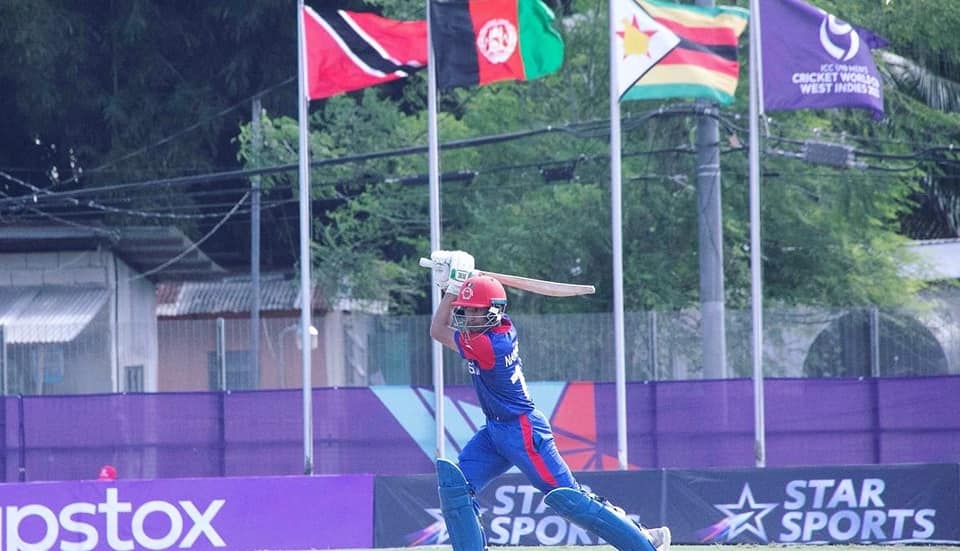 KABUL (Pajhwok)( Afghanistan advanced to the Super League of ICC U19 Cricket World Cup on Saturday as they defeated Zimbabwe in the last group match.

The group stages of the ICC Under 19 Men’s Cricket World Cup 2022 came to an end with qualification shootouts, superb centuries and a five-wicket haul.

India go through as group winners to the Super League with a mammoth 326–run victory over Papua New Guinea thanks in part to the highest score of the tournament by Raj Bawa.

Afghanistan came out on top in a straight shootout for the Super League in Group C, securing a 109–run win over Zimbabwe to progress.

After winning the Toss Afghanistan bated first, Skipper Suliman Safi’s century helped Afghanistan to victory over Zimbabwe in the final game of Group C to earn a quarterfinal tie with Sri Lanka in the Super League.

The Afghanistan captain put on 111 from 118 balls, including 14 fours and three sixes, to move Afghanistan to 261 for six as he was dismissed on the final ball of the innings. Four other batters posted scores of over 20, with opener Nageyalia Kharote contributing an important half-century from 45 balls.

In reply in Diego Martin, Zimbabwe opener Matthew Welch led the charge with Steven Saul contributing nine to the score before being given out leg before wicket to leave his side on one for 49.

Welch’s next two partners could add only one run to the total before it was Welch’s turn to fall having made 53 from 61 balls.

No one else was able to continue the run-scoring going as the required run-rate climbed above a run and ball and wickets kept tumbling as Nangeyalia Kharote took four for 30.

Rogan Wolhuter frustrated the Afghanistan bowlers putting on a gritty 28 from 52 balls and did well to keep the strike and deny Afghanistan the chance to bowl at tailender Mcgini Dube.  However, Dube eventually fell for four and Falao followed soon after as Zimbabwe slipped to a 109–run defeat and will now face Scotland in the plate quarterfinals.