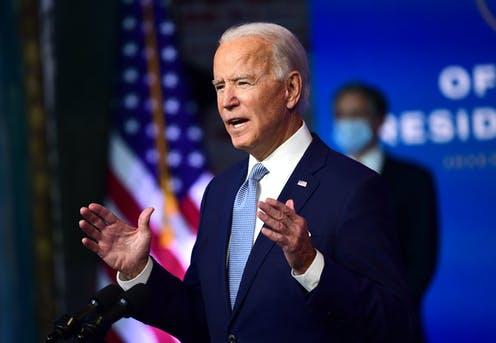 KABUL (Pajhwok): US President Joe Biden says he is convinced that his Russian counterpart Vladimir Putin has decided to invade Ukraine next week.

However, the American leader also insisted room for diplomacy was still there to defuse growing tensions over Ukraine.

CNN quoted Biden as telling a media briefing at the White House on Friday: “As of this moment, I am convinced he’s made the decision.”

The Russian forces planned to attack Ukraine “in the coming week” or even sooner, Biden said, adding Kiev would be the invasion.

Expected to meet his national security team and remain in close touch with world leaders, Biden said he had decided against visiting Delaware.

Instead, he would stay in Washington and monitor the escalation in Ukraine. “Make no mistake. If Russia pursues its plans, it will be responsible for a catastrophic and needless war of choice,” he warned.

Asked why he believed that Putin was also considering diplomacy, the US president replied: “We have a significant intelligence capability.”

On the other hand, Moscow swiftly moved to reject Biden’s remarks and insisted Russia had no plan to assault Ukraine.

The state-controlled news agency added: “The Russian Federation categorically denies such statements and escalation plans attributed to it.”