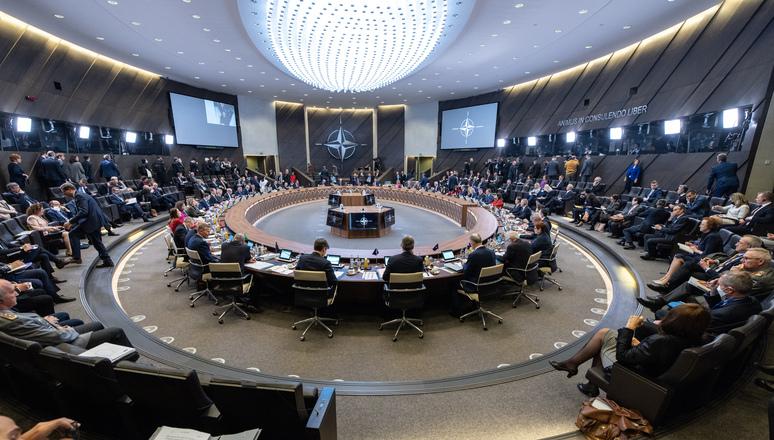 ATLANTA (Pajhwok) : NATO Foreign Ministers agreed to sustain and further strengthen support for Ukraine, and step up cooperation with partners, given the global implications of President Putin’s unprovoked war on Ukraine.

“Allies utterly condemned the horrific murders of civilians we have seen in Bucha and other places recently liberated from Russian control,” NATO Secretary General Jens Stoltenberg said following the meeting on April 7.

Ukrainian Foreign Minister Dmytro Kuleba thanked NATO Allies for their substantial support. “Allies have been doing a lot, and are determined to do more, now, and for the medium and longer term to help the brave Ukrainians defend their homes and their country, and push back the invading forces,” Mr Stoltenberg said.

Ministers also agreed to step up practical support to other partners at threat of Russian aggression, including Georgia and Bosnia and Herzegovina, to help strengthen their resilience. Allied Foreign Ministers were joined by their counterparts from Ukraine, Georgia, Finland, Sweden, and the European Union, and by NATO’s Asia-Pacific partners, Australia, Japan, New Zealand and the Republic of Korea. NATO will increase its cooperation with Asia-Pacific partners in areas like cyber, new technologies, disinformation, maritime security, climate change, and resilience, “because global challenges demand global solutions,” Mr Stoltenberg added.

Ministers agreed that NATO’s next Strategic Concept, which will be finalized at the Madrid Summit in June, must take account of NATO’s future relations with Russia, and China’s growing influence on Allied security.  Ministers also approved the Charter for a new Defence Innovation Accelerator for the North Atlantic (DIANA), including a network of innovation hubs, accelerator sites and tests centres across Europe and North America.