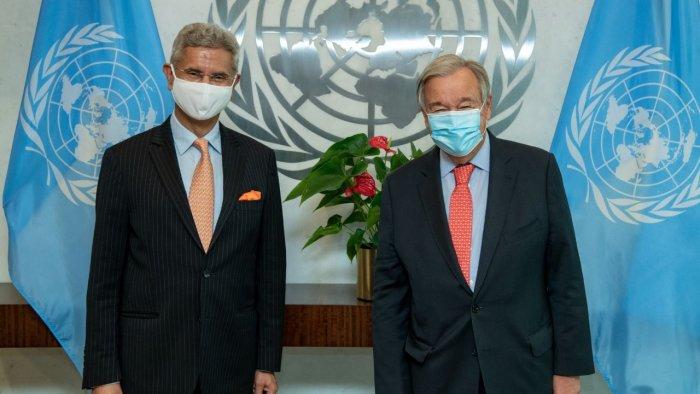 Jaishankar and the UN chief also exchanged views on the global impact of the conflict in Ukraine, reports an Indian TV channel.

The Indian foreign minister tweeted: “A wide-ranging discussion with UNSG @antonioguterres. Exchanged views on the global impact of the Ukraine conflict …”

NDTV quoted Jaishankar as writing: “Spoke about latest developments in respect of Afghanistan and Myanmar. Appreciate his interest in working with India to effectively address important contemporary challenges.”.

Earlier in the week, Jaishankar and Defence Minister Rajnath Singh met US Secretary of State Antony Blinken and Secretary of Defense Lloyd J. Austin III for the 2+2 Ministerial Dialogue.

Both India and the US have urged the Taliban government to respect the UNSC resolution, which says Afghanistan’s territory must never again be used against any country.