Above 2000 acres of govt land wrested back in Paktika 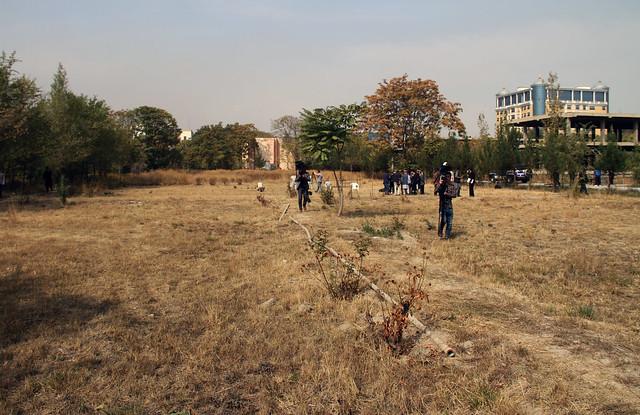 Above 2000 acres of govt land wrested back in Paktika

SHARANA (Pajhwok): Above 2000 acres of state land has been wrested back from illegal occupants in southeastern Paktika province, an official said on Saturday.

Justice department director Mualvi Hayatullah Amin told Pajhwok Afghan News that the campaign to reclaim usurped state land was launched in the province after the new government coming into power.

He said they investigated 128 cases of land usurpation during the past few months and completed 19 cases so far, retaking a total of 2,184.5 acres of usurped land. He said the campaign to regain control of state land was ongoing.

He said a joint committee comprising representative of various department had been formed to wrest back usurped land.

A Tarkhel tribal elder from Sharana, who did not want to be named, told Pajhwok Afghan News that they had been cultivating their desert lands for years but now the government claims the land belongs to it.

He added he had legal ownership documents of the land, which he cultivated for the past six decades.

According to him, due to the decades of war, even 10 percent of the people of Paktika have either no property documents or have disappeared.

In such a situation, he says, it is difficult to identify our own lands. He called on the government to address the issue of land grabbing fairly.