NATO welcomes Finland and Sweden in the Alliance 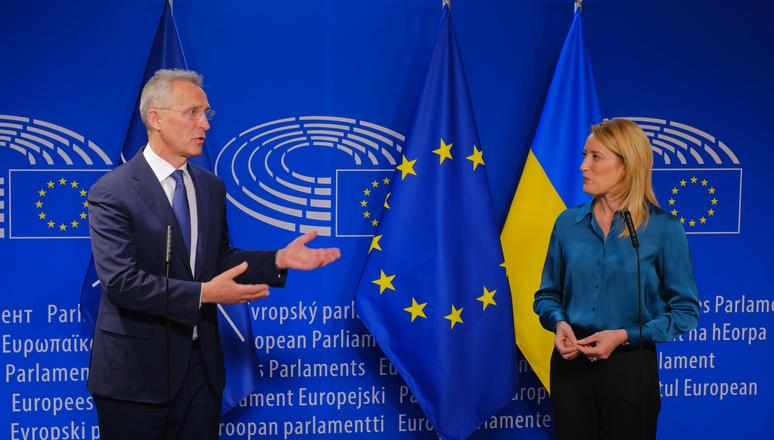 NATO welcomes Finland and Sweden in the Alliance

KABUL (Pajhwok): NATO Secretary General has said, if  Finland and Sweden decides to apply in the alliance, will be welcomed with open arms .

The Secretary General praised the European Parliament for its strong support to Ukraine, and stressed that the NATO-EU partnership is vital at this critical moment for our shared security.

He mentioned the unprecedented level of cooperation between the two organizations on a wide range of issues, including in the Western Balkans, on cyber, resilience and maritime security.

In a joint press point with President Metsola, the Secretary General emphasized that NATO and the EU “stand together in solidarity with Ukraine”.

He welcomed the EU’s strong economic sanctions on Russia and stated that to date, NATO Allies have pledged and provided at least US $8 billion in military support to Ukraine, and continue to step up.

“We know that their armed forces meet NATO standards, are interoperable with NATO forces, we train together, we exercise together, and we have also worked with Finland and Sweden in many different missions and operations. So if they apply, they will be welcomed, and I also expect the process to be quick. And that they can then join NATO after the formal process has been finalized.” Stoltenberg said.