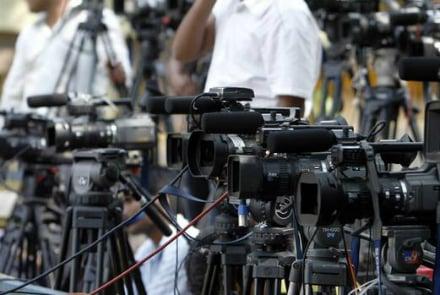 They have also demanded technical assistance and resources that could help them continue their journalistic careers including partnerships and internships with local media.

Needs of the Afghan journalists in exile have been spotlighted in a research study conducted by the Pakistan-based media watchdog Freedom Network in cooperation with Deutsche Welle (DW) Akademie.

The study underlines the need to extend humanitarian and professional aid to exiled Afghan journalists in Pakistan, who fled their country in August last year.

Iqbal Khattak, executive director of the Freedom Network, told reporters: “The study’s findings point to the urgent and high degree of demand for humanitarian and professional assistance to dozens of Afghan journalists, including female media practitioners.”

Dawn quoted him as saying Pakistan’s ambivalent policy on refugee status for Afghans who have arrived in Pakistan after August 2021, including dozens of journalists and their families, is delaying humanitarian aid.

He remarked: “The government and civil society in Pakistan, including international development actors, are under an obligation to extend all possible support to these refugees.”

After being granted asylum in other countries, some of the exiled Afghan journalists have already left Pakistan. However, many others are still in Pakistan.

Media representatives in Quetta, Peshawar and Islamabad have indicated their willingness to hire the exiled journalists.