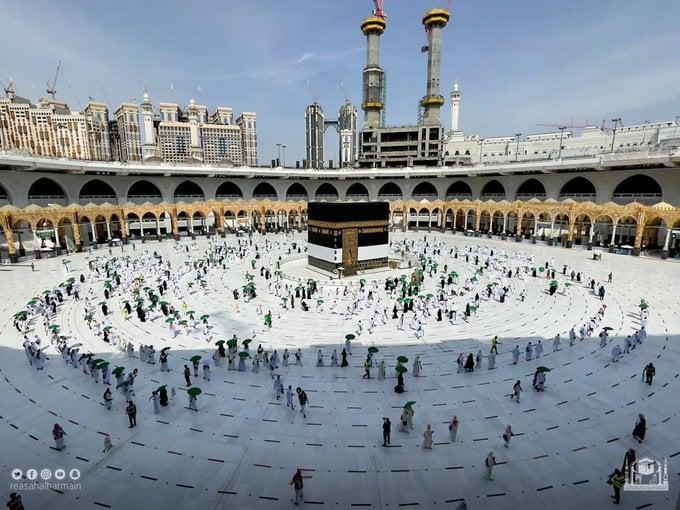 ATLANTA (Pajhwok): Saudi Arabia launched an electronic visa processing app for pilgrims planning to perform Umrah, Minister of Hajj Tawfiq bin Fawzan al-Rabiah said in a press conference on Thursday.
The visa will be issued within 24 hours of applying, Saudi daily Okaz cited al-Rabiah as saying. According to Al Arrabia TV report.
He also said that the visa’s validity has been extended from one month to three months, adding that pilgrims who visit the Kingdom to perform Umrah can visit other Saudi cities without any restraints.
The app also allows pilgrims to find accommodation and arrange transportation.
Al-Rabiah added that the ministry will continue to work to develop Hajj and Umrah services, noting that this is a goal of Vision 2030.
Commenting on the Kingdom’s decision to allow one million pilgrims to perform Hajj this year, he said Saudi Arabia is keen on protecting pilgrims from COVID-19 and on guaranteeing the best quality of services.
“We are aware that there are many Hajj applications this year, but the safety of pilgrims is our priority,” he added.
Hajj is usually one of the world’s largest religious gatherings, with about 2.5 million people performing the ritual in 2019.