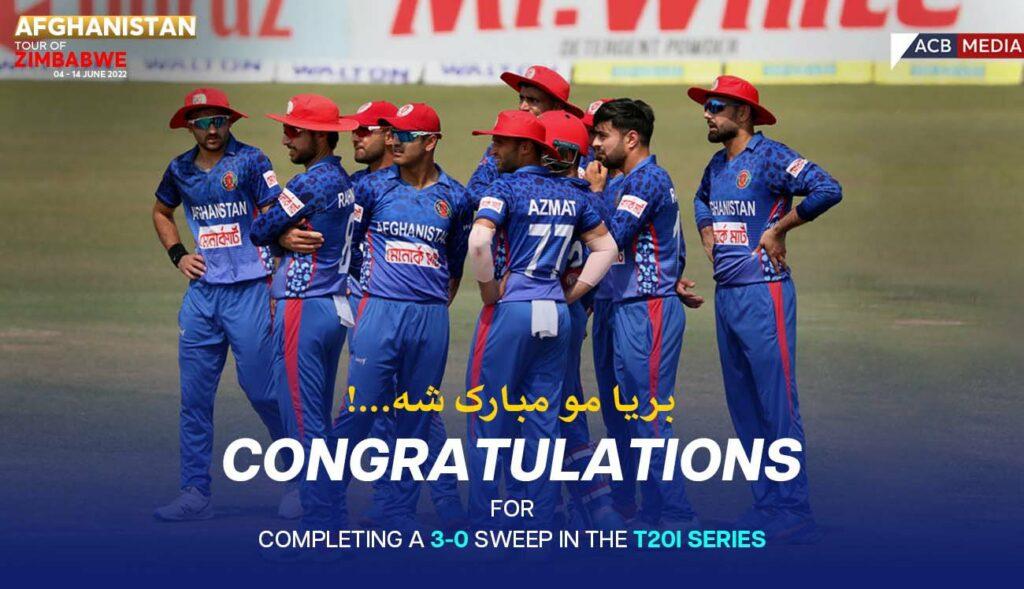 KABUL (Pajhwok): Maintaining their winning streak, Afghanistan have trounced Zimbabwe by 35 runs in Harare to complete a 3-0 T20 series whitewash.

The tourists, winning the toss, elected to bat and posted a modest total of 125 runs for the loss of eight wickets in the stipulated 20 overs.

Skipper Mohammad Nabi smashed 31 and Afsar Khan 24 while Ihsanullah chipped in with 20.

Zimbabwe could not chase down the 126-run target and were bowled out for 90. The hosts had been whitewashed in the T20 series by Afghanistan.

Debutant teenager Noor Ahmad was the four-wicket star for Afghanistan in Tuesday’s encounter.

One of four changes to the team that won on Sunday, the 18 years old left-arm wrist-spinner took four wickets in a four-over spell.

He helped restrict Zimbabwe to 90-9 in their 20 overs as they chased Afghanistan’s 125-8 at the Harare Sports Club.