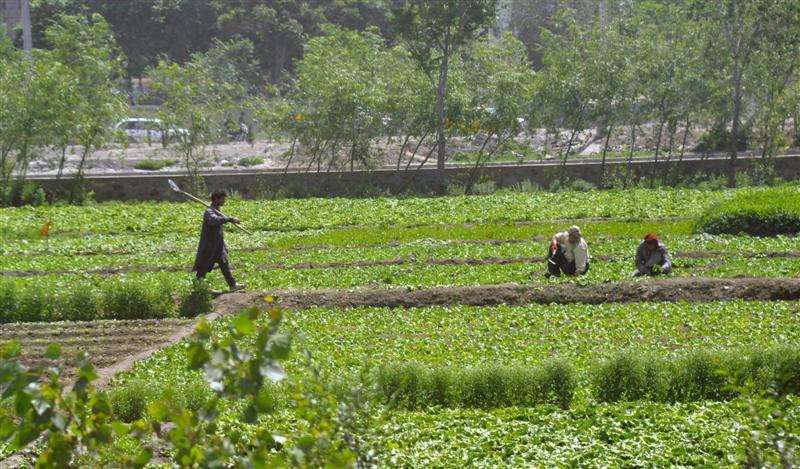 MAIMANA (Pajhwok): Some farmers in northwestern Faryab province complain the past two decades of war has taken everything from them including their source of income.

Faryab Agriculture Department announced plans to support farmers, 75 percent of whom lost their plowing bulls due to the two decades of war and recent drought. They use donkeys instead. The farmers say: “our income is badly affected.

Agriculture Director MawlaviEzatullahNoorani described the economic situation of the farmers as agonizing and added that the wars, drought and lack of government support forced the farmers to sell their agriculture tools, bulls and use donkeys instead or plow the land with shovels.

The director added that the Ministry of Agriculture and Livestock had chalked out good plans for the support of farmers and hoped to get support from donors.

A farmer in Faryab stated that farmers were the most affected community in the last two decades, so the government should give them priority in support programs.

Another 60 years old farmer Mohammad Yousuf told Pajhwok Afghan News: “Due to the drought and wars of last four decades, I like the majority of farmers lost agricultural facilities like bulls, seeds, manpower and the capital. I use donkeys borrowed from another farmer to grow watermelon, melon and pumpkins”.

Najibullah, another farmer who was busy plowing field with two donkeys, said he had bought the donkey for 26000 afghanis as he could not afford to by bulls for 80,000 or 90,000 afghanis. Najibullah asked the government and other relevant institutions to support the farmers.