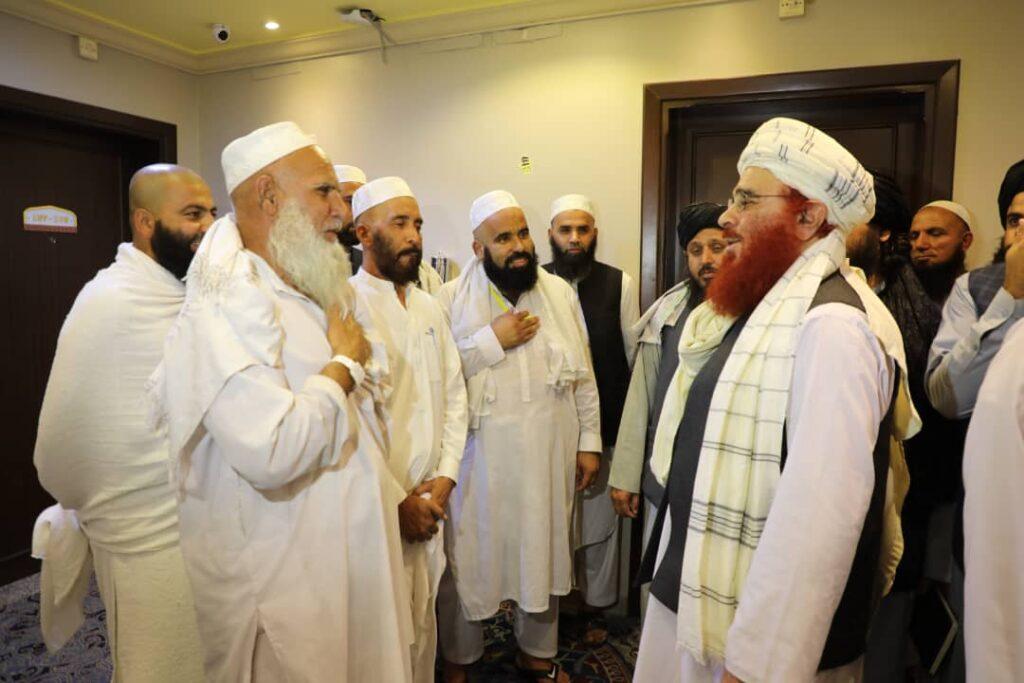 KABUL (Pajhwok): The Ministry of Hajj and Religious Affairs says all Afghan pilgrims have reached Mina, but an Afghan pilgrim died of a heart attack a week ago.

Fazal Mohammad Hussaini, the ministry’s director of broadcasting and spokesman, told Pajhwok Afghan News over the phone that 13,582 Afghans were performing this year’s pilgrimage.

He added that on Thursday all Afghan pilgrims arrived in Mina and settled in their designated areas and this morning they scaled the mount of Arafat — the high point of the pilgrimage.

Hussaini said an Afghan resident of Logar province died of a heart attack and his body was airlifted home yesterday.

He said the Afghan Ministry of Hajj and Religious Affairs and the Saudi government had taken steps to ensure security and logistics supply. He said that the pilgrims would head to Muzdalifah as soon as the sun sets.

Sheikh Noor Mohammad Saqib, Afghanistan’s Minister of Hajj and Religious Affairs, said in a video message from Mina that all Afghan pilgrims from Makkah and Medina had arrived in Mina.

He added that there were no problems concerning transport, food and others and all facilities have been provided. Saqib said they were in touch with Afghan pilgrims.

In recent years, a number of Afghans lost their lives during the Hajj in Saudi Arabia due to illness or traffic accidents.