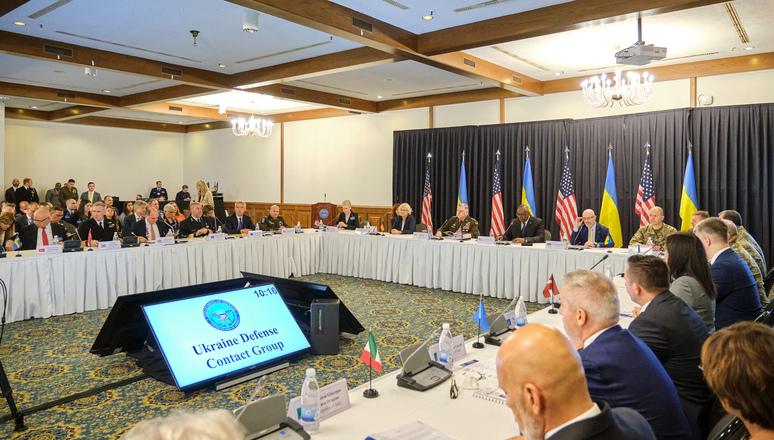 Secretary General Jens Stoltenberg participated in a meeting of the Ukraine Defense Contact Group at Ramstein Air Base, Germany, on Thursday (8 September 2022). NATO said in a statement.

He underscored the need for more military aid to be sent to Ukraine to enable it to uphold its right to self-defence. He welcomed that NATO Allies continue to step up with more military, financial and humanitarian support for Ukraine.

The Secretary General met with the U.S. Secretary of Defense, Lloyd J. Austin III, and thanked him for hosting the meeting, and for the strong U.S. leadership and coordination.

While at Ramstein, the Secretary General was welcomed to the headquarters of Allied Air Command (AIRCOM) by its commander, General James B. Hecker. Mr. Stoltenberg thanked NATO personnel for their important work in keeping the Alliance’s one billion people free and safe.