31 dead as unrest over woman’s death spirals in Iran 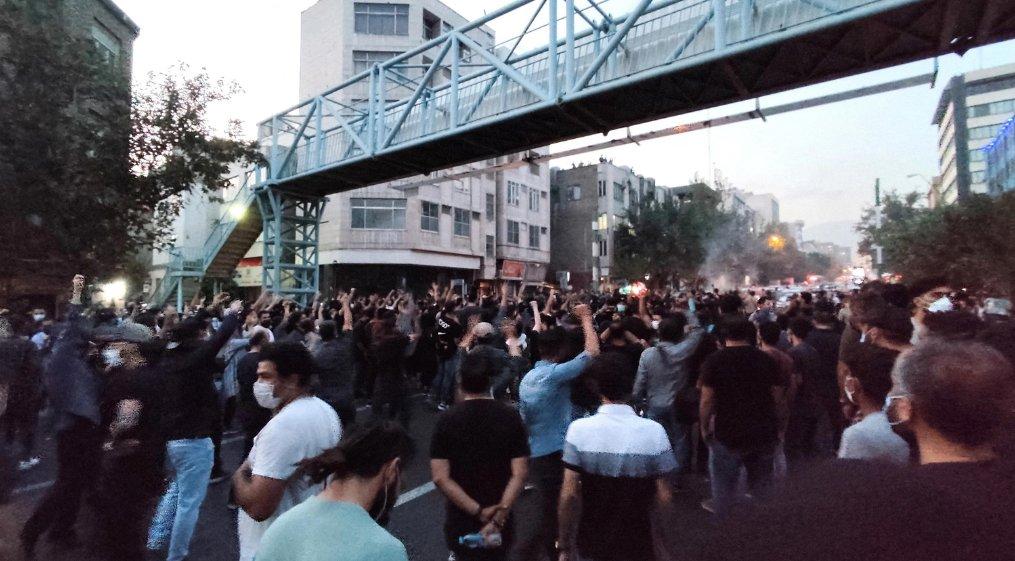 31 dead as unrest over woman’s death spirals in Iran

KABUL (Pajhwok): At least 31 civilians have reportedly been killed in running battles between Iranian police and anti-government protesters in Tehran in the worst unrest there for years.

The protests, now in their seventh day, have reached 80 other cities and towns. A human rights group said at least 31 civilians had been killed, while state television put the death toll at 17.

The unrest was sparked by the death of a woman detained by morality police. Mahsa Amini, a 22-year-old Kurdish woman from the north-western city of Saqez, died in hospital in Tehran on Friday following three days in a coma.

She was visiting the capital on September 13 when she was arrested by morality police officers, who accused her of violating the law requiring women to cover their hair with a hijab, or headscarf, and their arms and legs with loose clothing. She collapsed after being taken to a detention centre.

There are reports that officers beat Amini’s head with a baton and banged her head against one of their vehicles. The police have said there is no evidence of any mistreatment and that she suffered “sudden heart failure”.

Amini’s father Amjad told the BBC Persian that he was not allowed by authorities to see all of her body after it had been wrapped for burial, when just her face and feet were visible.

“There were bruises on her feet,” he said, adding that he had asked doctors to examine them but had never heard back.

The father also rejected claims from the interior minister and Tehran’s director of forensic medicine that his daughter had pre-existing health problems.

“They are lying,” he said. “She has not been to any hospital at all in the past 22 years, other than for a few cold-related sicknesses.” ‘I wanted to see my daughter but they didn’t let me in’

Many Iranians were enraged by Amini’s death and the first protests took place after her funeral, when women were filmed waving their headscarves in the air and shouting “death to the dictator” – a chant often directed at the Supreme Leader, Ayatollah Ali Khamenei.

Similar demonstrations were staged by students at several universities in Tehran, before the protests started spreading rapidly across the country.

The protesters set fire to big waste containers and blocked access to some streets, while shouting slogans against the Supreme Leader.

Scores of protesters were reportedly arrested, as security forces went door-to-door at homes and shops where they had taken refuge.

There were also reports of police stations and other government buildings being overrun or set on fire, as protests took place in dozens of other cities.

Videos posted on social media showed a crowd cheering as a billboard showing Ayatollah Khamenei was torn down, as well as women burning their headscarves on bonfires and cutting their hair in public.

Footage from Iran’s most sacred Shia Muslim city, Mashhad, showed a woman standing up on a police car shouting: “We don’t want an Islamic Republic.”

The deadliest unrest has been concentrated in Iran’s Kurdish-populated north-west, where Mahsa Amini lived.

The Kurdish human rights group Hengaw reported that eight protesters were killed by security forces on Wednesday, bringing the overall toll there to 15.

Two boys aged 15 and 16 were among those shot dead on Wednesday night in Oshnavieh and Urmia, both in West Azerbaijan province, it said.

Another organisation, Iran Human Rights, reported that at least 31 civilians had been killed over the first six days of unrest, including nine in the north-west and 17 in Mazandaran province, which is on the Caspian Sea north of Tehran.

The latter figure included 11 protesters were shot dead in clashes in the city of Amol on Wednesday, it said. Iranian officials have denied that security forces have killed any protesters and instead blamed “rioters”.

State television reported on Thursday that 17 people, including demonstrators and security personnel, had been killed, without providing further details.

Semi-official news agencies reported that three members of the paramilitary Basij Resistance Force died after being shot or stabbed on Wednesday.

Mobile phone networks were largely shut down, internet service was disrupted during protests, and access to Instagram and WhatsApp were being restricted.