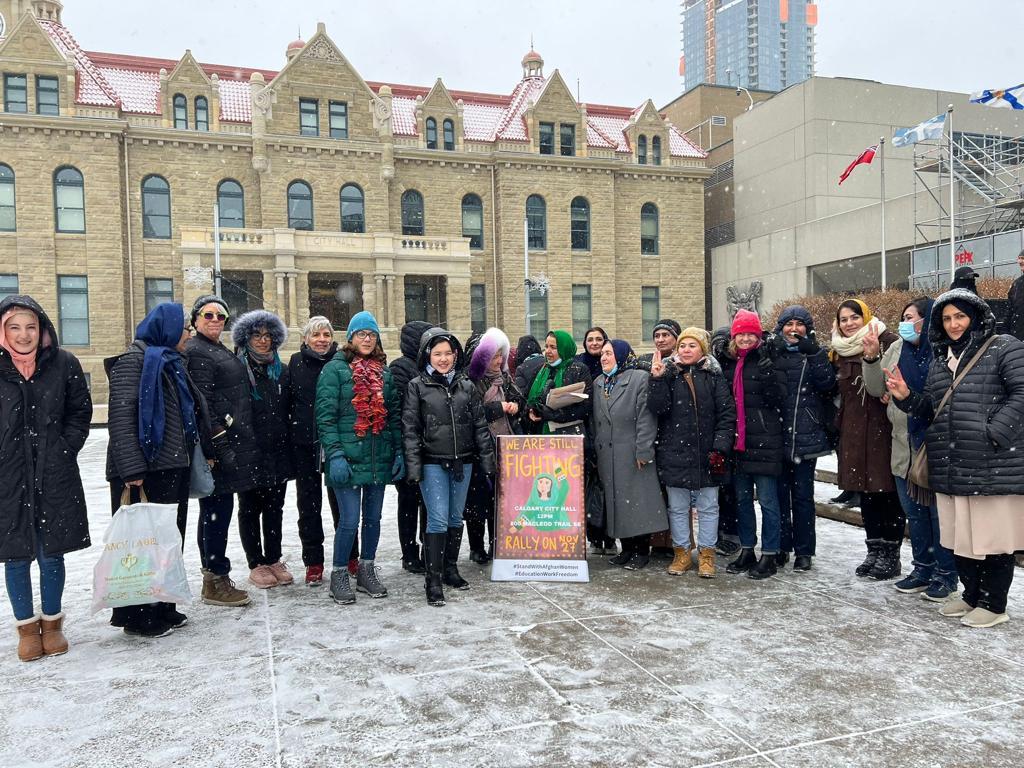 KABUL (Pajhwok): Pajhwok Lidlowr — Vision — programme discussed women situation in Afghanistan   and protests held in Canada, US and UK for the support of women rights in the war-torn country.

The protesters highlighted ban on girls education the violation of basic women and rights and the new curbs introduced by the Afghan authorities.

The protesters demanded reopening of girls schools, support to Afghan women and urged the international community not to forget Afghanistan.

One of the protesters in Canada said their purpose was the provision of basic women rights which was their education, work and their will to decide their future.

Semin Barakzai, one of the panelists and a former Wolesi Jirga member said that they organized a protest rally to support the rights of Afghan women.

She said that after the takeover of the Taliban government women and girls were deprived of their basic rights and added girls from class sixth to 12th were not allowed to go to their schools.

She said that women comprised half of the country’s population and before the takeover of the Taliban government women played vital role in the development of the country.

Other participants also hightlighted the protests in which they participated and termed them successful. They said that besides cold weather Afghans and foreigners joined them in the protest.

In UK, Pakistan’s Nobel laureate Malala Yousafzai has urged the British government to enhance its

support to Afghan women and girls. Addressing the Action for Afghanistan rally in front of Downing Street in central London late on Sunday, she took a swipe at world leaders for being silent on the

plight of women in Afghanistan. MailOnline quoted her as saying she could realise the predicament of the Afghan women and girls, who had been

barred from going to offices and secondary education. “That is why I&#39;m here today because, in

the face of gender apartheid in Afghanistan, our leaders have gone silent,” the 25-year-old told the crowd. She called for the UK government to organise a global summit on women and girls&#39; rights in Afghanistan in addition to establishing asylum and resettlement

routes for at-risk women. The youngest ever winner of the Nobel Peace Prize, Malala graduated from

Oxford University in 2021 with a degree in philosophy, politics and economics Afghanistan&#39;s first woman deputy speaker and peace negotiator Fawzia Koofi also asked the UK government to provide more support for Afghan women and girls She warned: “If you continue to abandon women of Afghanistan, if the world turns a blind eye to what&#39;s happening in Afghanistan, we will experience another 9/11.”