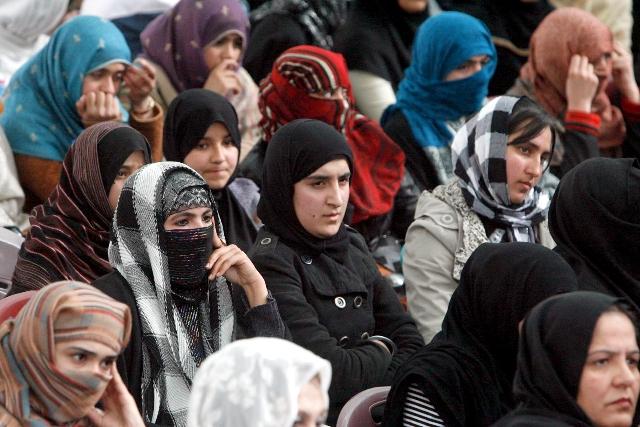 KABUL (Pajhwok): Radio for Peace International (RFPI) launches a Farsi language program lasting 30 minutes will be broadcast on Mondays and Wednesdays at 07:00 UTC on 15700 khz amid support to girls deprived from going to schools in Afghanistan, according to a statement on Thursday.

On Fridays, psychological support will be offered to Afghan women, at the same hourly and on the same frequency.

The broadcasts will be made with a power of 100 Kw. Short waves are the only ones able to cover a country with such a particular topography and thus ensure equal opportunities for all. The objective of RFPI is to increase the frequency of broadcasting in order to be, in the long term, present daily and to offer all school lessons.

“For this large-scale project RFPI will work with Ghulam Sakhi Sakhades, président de Al-Haq scientific and educational academy de Ghor, producer of educational programs,” explains Sylvain Clamant, manager of RFPI, who continues “The psychological support programs will be produced by an Afghan psychologist currently in exile in France and with the collaboration of Afghan journalists”.

RFPI ensures the coordination of the project as well as the editing of the programs in France. Finally, the broadcasts are broadcast by Spaceline in Bulgaria and WRMI (World Radio Miami International) located in Florida. The latter has been the historical broadcaster of radio since its inception and of several major international media such as Voice Of America, Radio Liberty, the BBC.

since 2019, Radio For Peace International (RFPI https://www.rfpi.eu/) has been broadcasting on short waves a set of programs focusing on human rights issues, particularly intended for crisis and conflict areas all over the world: Russia, Ukraine, Afghanistan, Iran, China, etc.

Based in Gironde in France, relying on a small and experienced team, the RFPI studio cultivates adaptability and flexibility.

It is in this context that he decided, in collaboration with Afghan journalists in exile, to broadcast a series of programs aimed at Afghanistan focusing on psychological assistance to Afghan women and the education of young girls. .

After the fall of the government of the Islamic Republic of Afghanistan on August 15, 2021 and the return of the Taliban to power, many restrictions on the dignity and rights of Afghan women and girls have been imposed, despite promises to of the international community.

A clear example of this is the ban on girls going to school. The Taliban have repeatedly promised that a plan to reopen schools for Afghan girls will be put in place, but 15 months after their return, millions of Afghan girls remain out of school.

Added to this are the daily violations of the fundamental rights of women which are accompanied by corporal punishment.