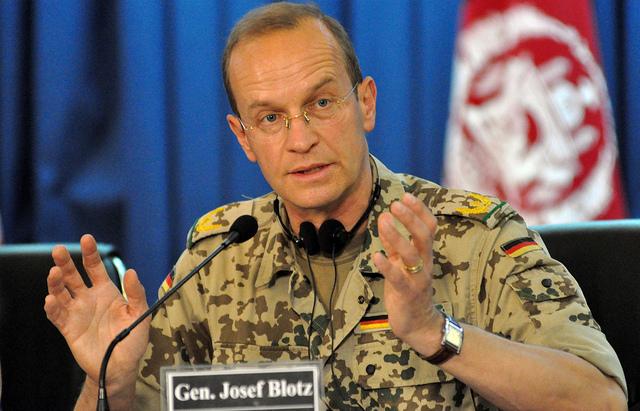 Over the past one month, fighters in military uniforms killed the police chiefs of Kandahar and Kunduz provinces and an ex-jihadi commander, Malak Zarin, in eastern Kunar province.

Two days ago, an assailant in an army uniform killed four Afghan and five international soldiers and wounded four Afghan interpreters during a suicide attack on the headquarters of the 201st military corps in eastern Laghman province.

However, Blotz said the Laghman assault was carried out by an Afghan soldier. He added target killing of tribal elders and military officials had increased by 60 percent this year.

The Afghan government and ISAF were working on a plan to prevent the guerrillas from using military uniforms and infiltrating army ranks, the spokesman said. Army recruits will have to pass through eight phases of the strategy.

“Every person to be enrolled in Afghan army and police and other security agencies will have to produce guarantees from two tribal elders. A candidate must not have any criminal background and must be physically fit,” Blotz explained.

With Afghan and international forces on the offensive, pressure on militants would continue to increase, the ISAF spokesman.

In a recent operation by joint forces, 80 militants were killed in eastern Kunar province, according to Blotz. Weapons depots were also found in the province, he concluded.