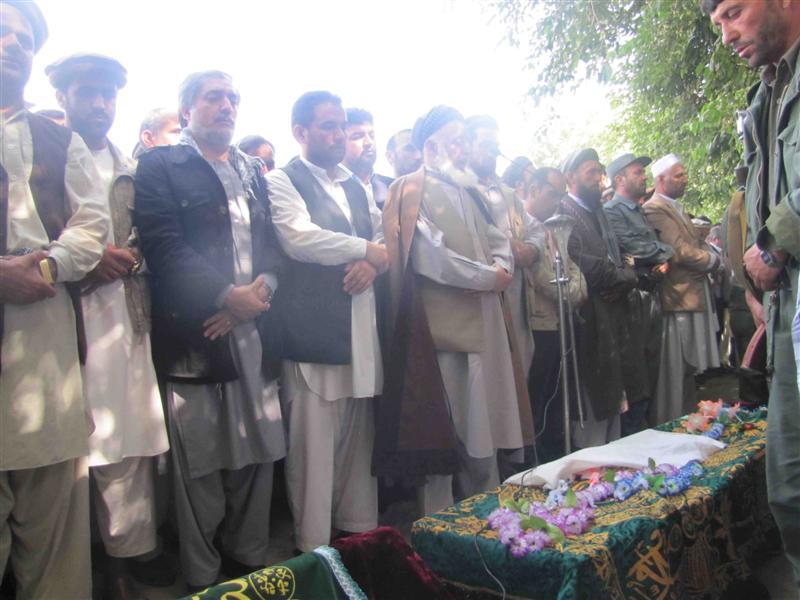 The 303rd Pamir Zone police commander and Noori were killed in a huge suicide blast in Taloqan on Saturday.  Nine Afghan officials, including the provincial governor, were wounded.

The attacker detonated the explosives strapped to his body after he entered the governor’s compound, where senior Afghan and NATO-led officials had gathered for a meeting.

Rabbani strongly condemned the suicide attack, saying it was carried out by the “enemies of peace and development of Afghanistan.”

Coalition for Change and Hope leader Abdullah Abdullah said since the appointment of Gen. Daud as zonal police commander and Noori as provincial police chief, they had been able to improve security.

“It is a harsh reality Daud’s death has broken our back; the enemy did its job, but we will seek revenge,” Abdullah said. Why and how the attacker entered the high-security compound should be investigated, he demanded.

Meanwhile, students closed Balkh University in protest over the deaths. They pasted the photographs of Daud, Ahmad Shah Massoud, Mustafa Kazimi and former Kunduz police chief Abdul Rahman Syedkheli on the notice board.

A small number of students, wearing black headbands inscribed with Allah-o-Akbar (God is Great), were seen on the campus. “