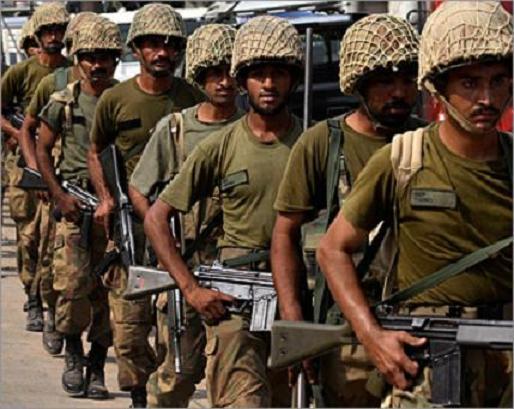 The fighting erupted when hundreds of insurgents crossed from Afghanistan into the mountainous district of Upper Dir and stormed a security checkpoint there. About 80 policemen are said to have been kidnapped.

Armed with heavy weapons, around 600 militants were still firing at the security personnel from nearby hilltops, resident Saida Jan told Pajhwok Afghan News over the telephone. Fierce fighting was still going on in the remote Shaltalu area, he said.

Another resident, Nader Gul, claimed seeing the bodies of 32 security officials at the scene. Most of the dead were policemen, he said, fearing the kidnapped personnel might have been killed or shifted across the frontier.

Two children and as many women were also killed in the fighting, according to villager Israr, who said the communication system in the area had almost collapsed.

During the two-day clash, 45 militants were killed, local police official Tahir Khan said. The army had sent in reinforcements and deployed helicopters to beat back the assault.