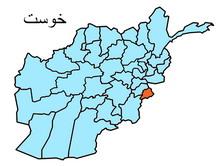 The missiles had landed in Alisher, Babrak Thani and Gharbaz districts of the province, but there was no immediate report of casualties, a border police commander in the region, Mohammad Gul, told Pajhwok Afghan News.

He said that a police contingent had been sent to the areas to ascertain information about possible casualties and property damage.

The commander said the interior ministry had been informed about the cross border attack. He said they had asked the ministry to allow them to launch reprisal attacks.

Over the past one month, Pakistani forces have been firing missiles, rockets and artillery shells into Afghanistan’s eastern Kunar and Nangahar provinces. A number of people have been killed and wounded in those attacks, with at least 500 families fleeing homes in panic.

The continued attacks and no retaliation on the part of the Afghan government led Brig. Gen. Aminullah Amarkhel, the eastern zone border police commander, to resign in protest.