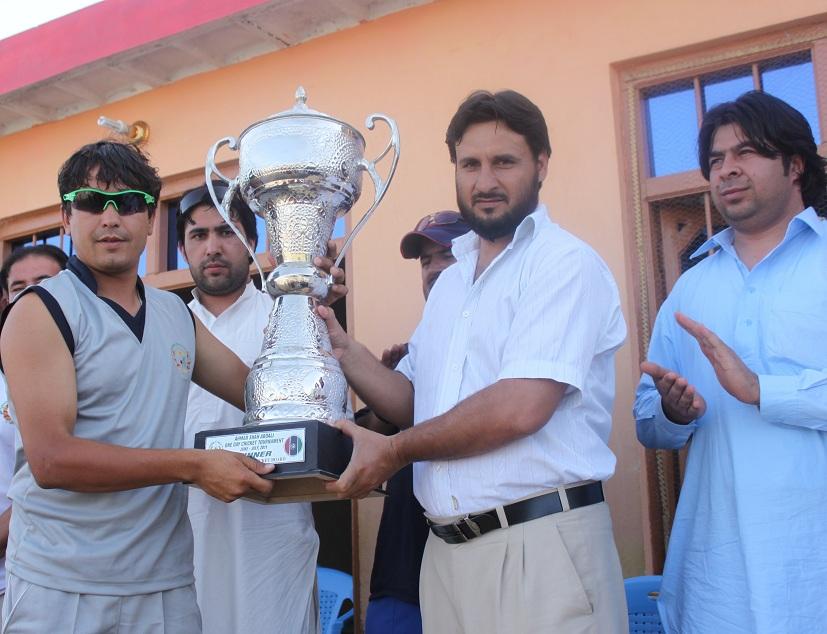 The final match was played between the under-19 national team and Band-i-Amir, which won the toss and elected to bat first.

In the stipulated 50 overs game, the side was able to pile up 233 runs for the loss of nine wickets, a spokesman for Afghanistan Cricket Board, Nasim Hotak, told Pajhwok Afghan News.

Mehmood with 72 runs, Imran Khan with 42 and Shakoor Zaki with 48 runs were top scorers for the side. For bowling side, Najibullah and Javed Ahmadi shared three wickets each.

According to Hotak, the under-19 team chased the target on last bowl of the match, thanks to Nasir Kamal’s 50.

Mehmood, who scored 72 runs and got two wickets, was declared the man of the match.