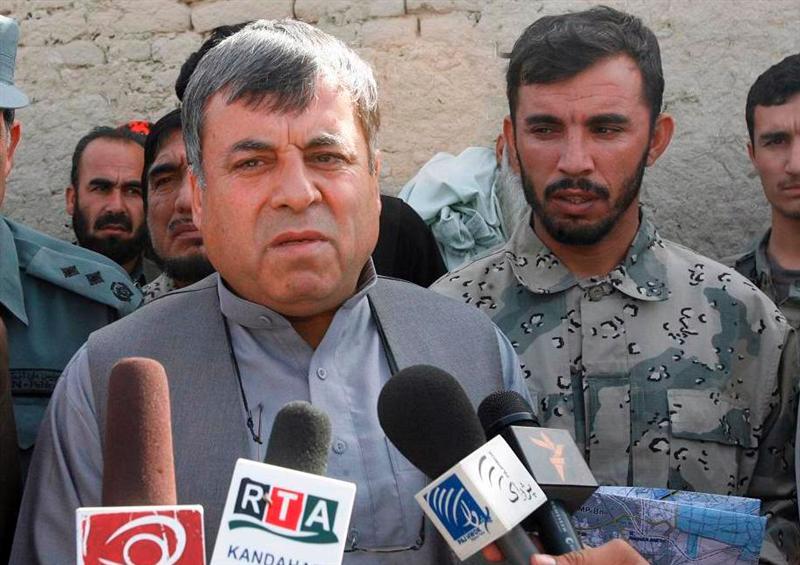 KANDAHAR CITY (PAN): Several suspects have been arrested in connection with the assassination of Ahmad Wali Karzai, senior officials said on Tuesday.

Wali Karzai was President Hamid Karzai’s half brother and the chief of the Kandahar provincial council.

He was killed at his home in Kandahar city around 11:30 am on Tuesday.

Raziq said that Mohammad, who served Karzai’s family for the last seven years, was Wali Karzai’s the most trusted security guard.

Mohammad’s family are residents of Karz village in Dand district, and are responsible for security at the tomb of President Hamid Karzai’s father, Abdul Ahad Khan.

Raziq said Mohammad was carrying a pistol and had a letter in his hand when he entered Wali Karzai’s room.

“As he entered Wali’s room, Wali came out of his bathroom. Mohammad fired twice at Wali without any conversation passing between the two,” the police chief said. “Wali received one bullet in the chest and second in the head,” Raziq said. Mohammad was then shot dead by other security guards.

After his death, Wali Karzai’s body was brought to the Mirwais Civil Hospital and was released back to his family some time later.

Gen. Raziq said several suspects had been arrested in connection with the assassination and were being interrogated.

He said the involvement of a foreign hand could not be ruled out in the assassination. It was the handiwork of those who are trying to undermine the stability of Kandahar and Afghanistan, he said.

Governor Tooryalai Wesa said the murder was an unforgettable incident for the people of Kandahar. Wali Karzai played a key role in Kandahar’s security, reconstruction and good governance, Wesa said.

“Though Wali Karzai was not a security man, his role in maintaining security and his efforts for peace in the region will be remembered for a long time,” the governor said.

The Taliban have claimed responsibility for the assassination. In a statement posted to their website, Taliban spokesman Qari Yousuf Ahmadi says that Mohammad was instructed by the Taliban to kill Wali Karzai.

The statement adds that Mohammad was the son of Mawlawi Sultan Mohammad and a resident of Zakir Sharif area of Kandahar city.