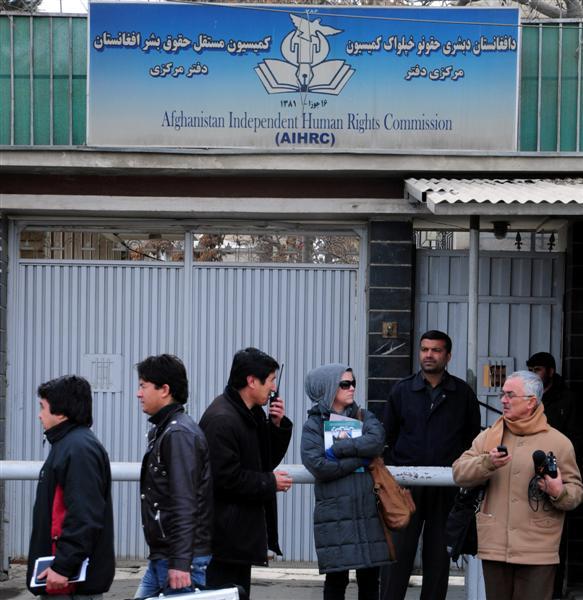 The AHRC chief, Nader Naderi, on Friday said President Karzai had fired him and two others from the government’s human rights commission.

The claim came amid reports that the commission is working on a landmark report about abuses in the country.

Nadery, known as an outspoken human rights advocate, said he and two colleagues have been told of the decision to replace them, and that an official announcement would follow. “We have heard that we’re being removed, but we haven’t been notified yet,” he said.

Also dismissed from the nine-member body were Ahmad Fahim Hakim, and Maulvi Ghulam Mohamad Ghareb, a cleric from Kandahar.

A spokesman for the President, Aimal Faizi, told Pajhwok Afghan News that President Karzai had rejected or suspended the extension in office terms of the three officials for another five years under relevant law.

He also rejected reports that the three officials had been fired for preparing a 1,000-page report detailing human rights abuses in Afghanistan starting in 1978 and ending in 2001.

Faizi said the President was expected to announce their replacements soon.

A member of the commission, speaking on condition of anonymity, said the report was highly critical of some of the mujahedeen leaders and US-backed Islamic guerrillas who fought the Soviet occupation of Afghanistan in the 1980s. He said the report would expose names of war criminals and human rights abusers.