Up to 20 US troops executed Panjwai massacre: probe 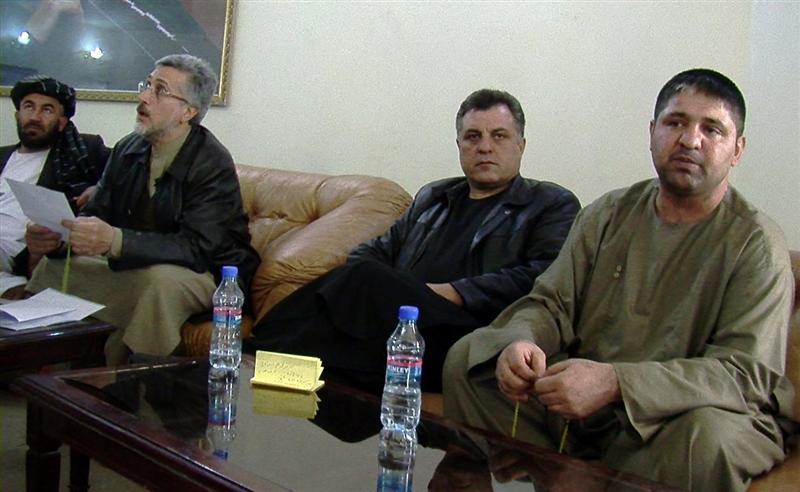 Up to 20 US troops executed Panjwai massacre: probe

KANDAHAR CITY (PAN): A parliamentary probe team on Thursday said up to 20 American troops were involved in Sunday’s killing of 16 civilians in southern Kandahar province.

The team spent two days in the province, interviewing the bereaved families, tribal elders, survivors and collecting evidences at the site in Panjwai district.

Hamizai Lali told Pajhwok Afghan News their investigation showed there were 15 to 20 American soldiers, who executed the brutal killings.

“We closely examined the site of the incident, talked to the families who lost their beloved ones, the injured people and tribal elders,” he said.

He added the attack lasted one hour involving two groups of American soldiers in the middle of the night on Sunday.

“The villages are one and a half kilometre from the American military base. We are convinced that one soldier cannot kill so many people in two villages within one hour at the same time, and the 16 civilians, most of them children and women, have been killed by the two groups.”

Lali asked the Afghan government, the United Nations and the international community to ensure the perpetrators were punished in Afghanistan.

He expressed his anger that the US soldier, the prime suspect in the shooting, had been flown out of Afghanistan to Kuwait.

He said the people they met had warned if the responsible troops were not punished, they would launch a movement against Afghans who had agreed to foreign troops’ presence in Afghanistan under the first Bonn conference in 2001.

President Hamid Karzai on Thursday asked the US to pull out all its troops from Afghan villages in response to the killings.