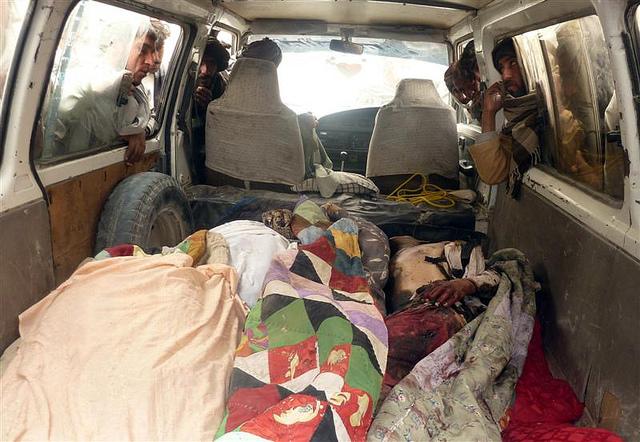 KABUL (PAN): An International Security Assistance Force (ISAF) official said on Sunday that only one coalition soldier had been involved in last week’s civilian massacre in the Panjwai incident of southern Kandahar province.

If evidence of other soldiers’ involvement was provided, the NATO-led force would investigate them, said a human rights adviser to the force, who did not want to be named.

Under US military laws, he said, all proofs would be presented to the court, which would make a decision based on evidence and the views of witnesses and victims’ relatives could also be sought.

Last Sunday, an American soldier killed 16 villagers inside their homes and some of the victims’ bodies were burnt, triggering an outburst among residents.

The adviser further added that media outlets in Afghanistan and the West had come up with conflicting reports on the incident that would be taken to a military court. But he did not provide any information on the process.

Based on court verdict, the victims’ families could be compensated, the adviser said, without giving a specific amount.

Also present on the occasion was coalition force public affairs director, Lewis Boone, who said since a joint Afghan-ISAF team was investigating the killings, he would not answer questions from journalists.

A delegation sent by President Hamid Karzai to the area said on Friday that 15 to 20 US soldiers were involved in the incident. Sher Muhammad Karimi, the Chief of Army Staff who headed the team, has already submitted a report to the president.

The president ordered Karimi to continue investigating the massacre independently after US soldiers’ refusal to cooperate with him.

A parliamentary team that visited the Zangabad area of Panjwai district said 15 to 20 US soldiers were involved in the much-condemned night raid.

The ISAF official said a decision on charging the coalition soldier with killing civilians would be taken on the completion of an investigation that would take a couple of weeks.

The accused would be tried by a military court and the Afghan government would have no role in his prosecution, the public affairs director for coalition forces added.