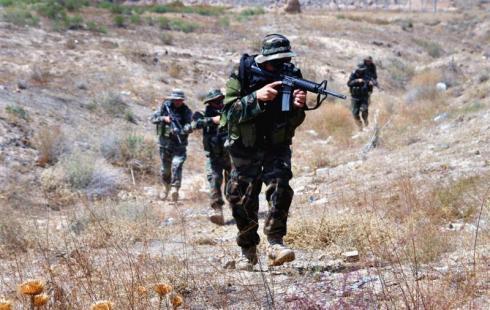 JALALABAD (PAN): At least 25 militants were killed during an operation by Afghan security personnel in the eastern province of Nuristan, officials said on Friday.

The operation was conducted by Afghan commandos and police in the Kamdesh district, the governor’s spokesman, Mohammad Zarin, told Pajhwok Afghan News.

Two commandoes of the Afghan National Army (ANA) and a minor girl were wounded during the ongoing operation in the Pain Deh and Binuz villages of the district.

A senator from the province, Hafiz Abdul Qayyum, confirmed the offensive and casualties suffered by militants. He said residents had migrated to the Barikot area of neighbouring Kunar province before the operation.

The Ministry of Defence said on Thursday commandoes had been air-dropped in Kamdesh district of Nuristan. Reserve soldiers were on alert in Kunar and Nangarhar and could be sent to Nuristan in case of need.