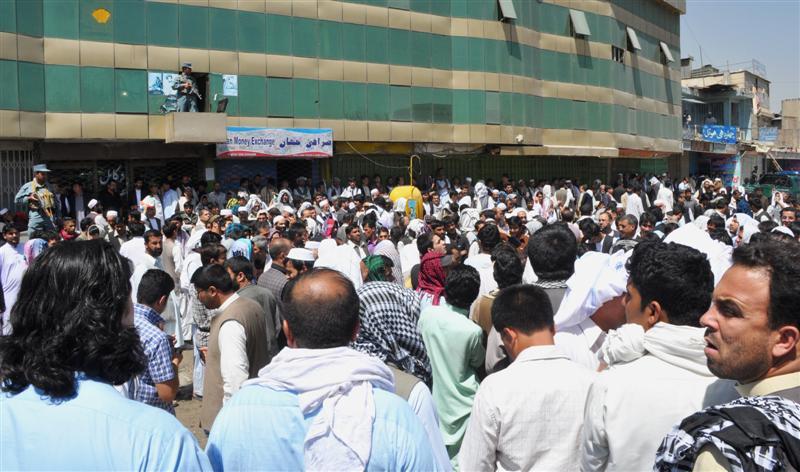 KABUL): A moneychanger in Kabul has sneaked out of the country with $5 million (250.4 million afghanis) that belonged to his colleagues, officials said on Saturday.

Identified as Aminullah Gardezi, the escapee transferred the money — borrowed from 40 people — to the United Arab Emirates (UAE) during 13 trips through the Kabul International Airport.

Najibullah Akhtari, the moneychangers’ association head, told Pajhwok Afghan News Gardezi had told his colleagues that some of his money had vanished at the airport.

The capital flight occurred in brazen violation of Da Afghanistan Bank (central bank) rules that bar the transfer abroad of more than $20,000.

“With the banking law prohibiting such a heavy transfer, the transaction shows corruption in the government,” Akhtari remarked, acknowledging the incident had damaged the Shahzada Exchange Market’s credibility.

Asking the authorities concerned to take track down the man and recover the money from him, he accused the government of having done nothing so far. Gardezi’s father had come from the UAE to Kabul to discuss the issue with the people concerned, he added.

However, the moneychanger’s father refused to talk on the issue. One of the people who met Gardezi’s father, said: “Gardezi hasn’t fled the country; he is faced with a problem and will return.”