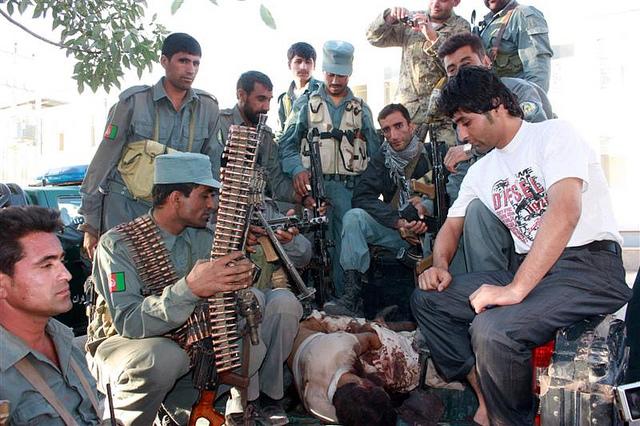 FAIZABAD (PAN fighters were killed, while 13 others, including two policemen, wounded during a clash with Taliban in northeastern Badakhshan province, officials said on Wednesday.

The provincial deputy police chief told Pajhwok Afghan News that both sides suffered causalities — with the death of eight security men and six rebels in the skirmish.

Meanwhile, Zabihullah Mujahid, a Taliban spokesman while claiming responsibility for the attack, said 26 policemen were killed, two detained, as well as one of their fighters killed in the fight.

He added currently Taliban have full control of four checkpoints of the security personnel, torched six vehicles, seized some weapons and explosives during the raid.