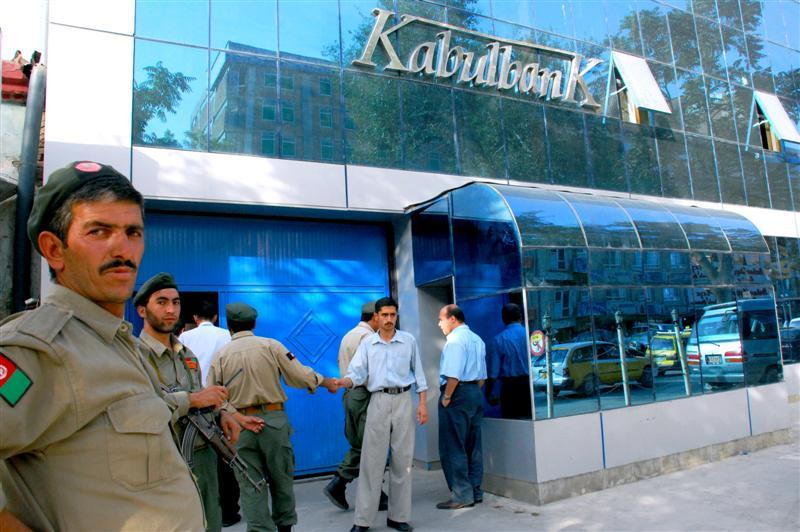 KABUL): The defence lawyer for Kabul Bank’s former chief on Wednesday suggested the issue should be resolved in light of relevant banking laws without discrimination against anyone.

Kabul Bank, once the country’s largest private lender, plunged into a deep financial crisis due to unauthorised loans and other anomalies. Reports put at 937.7 million the loans issued to a number of people, including stakeholders.

Currently in jail, Sher Khan Farnood’s lawyer Sibghatullah Tamim told a press conference in Kabul there was no doubt that illegal activities had taken place in the bank, but his demand was that all borrowers be dealt with equally.

He said some articles of a presidential decree for investigating the case were in contradiction to banking laws. Under the laws, he said the recovery of loans was the job of the audit section, but Karzai had given that authority to the Attorney General’s Office.

Under Article 74 of the banking law, according to the lawyer, supervision of audit affairs is the duty of the bank’s financial dispute-resolution commission, but this authority has also been shifted to the AGO by Karzai.

He said Karzai in his decree had asked the Supreme Court to constitute a special panel, and simultaneously tasked the AGO with overseeing the process for the special court’s creation, something that breaks the law.

With regard to the contravention of law that spawned the crisis, he said: “One violation of a given rule can’t be addressed with another.”

Apart from his client Farnood, the lawyer pointed out, relatives of high-ranking government officials and other influential figures had also obtained loans from Kabul Bank.

All defaulters should be treated equally and subjected to judicial scrutiny, Tamim demanded. The lawyer said no one could expect justice if the relevant law was not equally applied to all individuals involved in the case.

He believed responsibility could have been fixed more accurately if those responsible for the crisis had been identified after an investigation of all legal aspects.

But Prosecutor Abu Bakker Rafiyee, who is handling the high-profile bank fraud case, described Sibghatullah Tamim’s allegations as his personal views. “The AGO has taken every step within the framework of law,” he insisted.

Tamim also lashed out at Kabul Bank auditors for failing to recover the massive loans that brought the leading private lender to the verge of collapse some two years back. He said the Gas Group Company had borrowed more than id=”mce_marker”21 million.

The firm failed to return the loan within the stipulated period, the lawyer claimed. “In an effort to safeguard the interest of their favourites, some circles are trying to take a fresh look at the whole case. This amounts to trampling on the law,” he remarked.