Violence against women on the rise in Farah 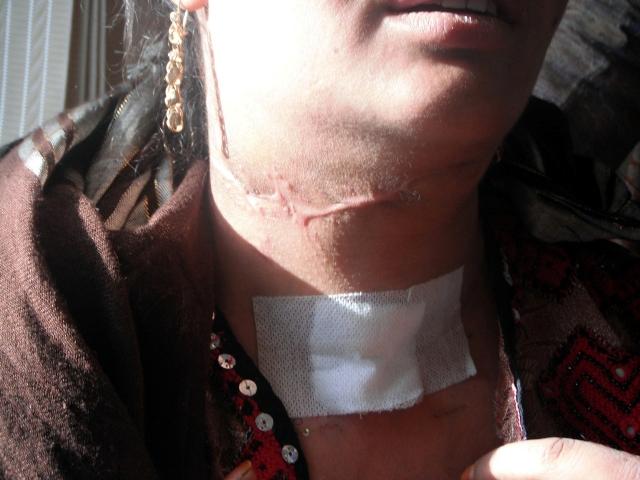 Violence against women on the rise in Farah

FARAH CITY (PAN, including murder, has increased in the western province of Farah this year, officials said on Wednesday.

“My daughter’s hands and feet were tied up with chains and hot water poured all over her body by her husband. He killed my daughter before cutting her lips, ears, nose and other body parts with scissors,” said the victim’s father.

Mohammad Akbar told Pajhwok Afghan News that Jamila, 24, was shot dead by her husband in the Ranj village of Khak-i-Safid district three months ago.  After having a child from her late husband, Jamila was forced to marry Nik Mohammad, 54, who already has a wife and few children.

Akbar said Jamila was mistreated by her second husband and she escaped along with her stepsister to Pakistan, but he brought back and abused her badly.

He said:”Nik Mohammad chained and locked Jamila for one month and poured hot water over her body. He cut her ears, nose and lips with scissors and cut her right foot with a saw.”

Finally she was shot dead and buried. Her body was only recovered after the family was notified of the murder, he added.

The victim’s mother who did not see Jamila for the past eight months said: “I cursed my son-in-law when we came to know that he started to abuse my daughter.”

Akbar asked the government to arrest the killer and punish him severely.

Women affairs director Lailoma Siddiqui described the brutal killing of woman as a cowardly act and asked authorities to award harsh punishment to the culprit.

Crime branch chief Maj. Najibullah said the killer was still missing but police were trying to arrest him.

He said police have detained a relative of the killer after the victim’s father said he too was involved in the murder.

“So far we have arrested three killers of women but identities of most killers remained unclear, police are trying to identify and arrest them,” he added.

However, Siddiqui said the department registered 60 cases of violence against women this year, which included 13 killings, three suicides, 13 divorce cases and running away from homes.

She said there was no single case of murder out of the 91 cases of violence against women registered last year.

She said the department had organised several public awareness seminars and workshops for men and women regarding violence against females, and would soon broadcast roundtable discussions involving religious scholars and influential figures in local television channels.

She believed these campaigns would educate people on the views of Islam and rights of men and women. She said:”Through such measures we can bring down the level of violence.”