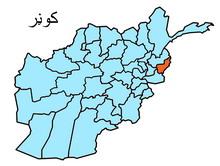 The dead included the four civilians captured by the rebels, he said, adding so far 28 bodies of the insurgents had been identified and the rest burnt beyond recognition. More than a dozen group leaders of the insurgents were among the dead, the police chief said.

A local Taliban commander, Duran, confirmed the airstrike and the casualties.

A tribal elder in the area, speaking on condition of anonymity, said the dead insurgents included their shadow district governor, Noor Mohammad and police chief, Attique.

A Taliban spokesman Zabihullah Mujahid, however, said that more than a dozen civilians were killed and nine others were injured in the airstrike.