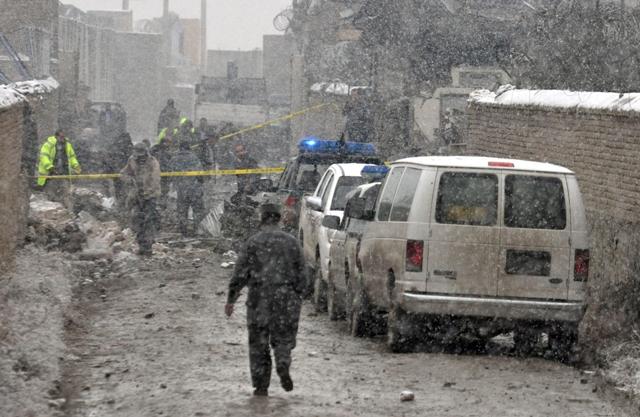 KABUL (PAN): One person was killed and 15 others were wounded on Monday when a bomb exploded near a foreign company in Pul-i-Charkhi area on the eastern outskirts of Kabul, officials said.

The explosion occurred at 10:45am when an explosives-laden vehicle parked near the Contrack Company, killing one and injuring 15 others, the deputy chief of Kabul said.

Maj. Gen. Mohammad Daud Amin told Pajhwok Afghan News foreigners were among the wounded whose number might be higher.

The company is located near the Phoenix military base, a statement from the International Security Assistance Force (ISAF) said.

An employee of the company, Zabihullah, told reporters parts of the compound were damaged by the blast and several workers buried under the debris. Nearly, 60 employees were injured, he added.

Ten foreign soldiers, including some guards, were killed in the car suicide attack on the company, a Taliban spokesman, Zabihullah Mujahid, claimed.

Abdul Wahab, a resident of Qala-i-Zaman Khan locality, said the heavy explosion jolted the areas he lived in.