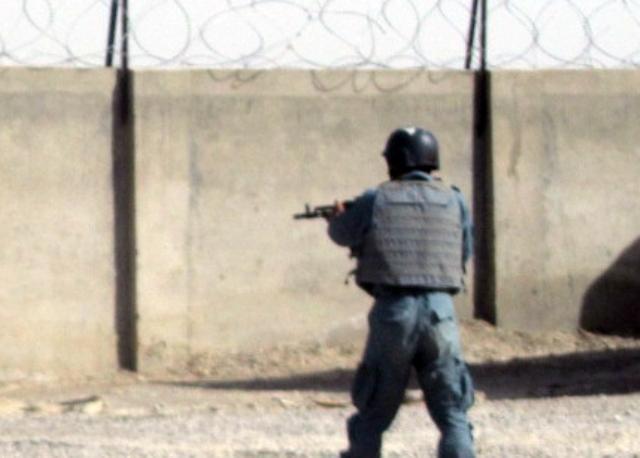 KABUL): An Afghan policewoman, in what is seen as the first-ever insider attack by a female officer,  shot dead a US advisor at the heavily-fortified police headquarters in the capital Kabul on Monday, officials said.

The policewoman killed the American civilian advisor with her pistol, the deputy spokesman for the Ministry of Interior, Najibullah Danish, told Pajhwok Afghan News.

A former US military officer, the advisor succumbed to his injuries after being evacuated to hospital, he said, adding that the detained attacker was under investigation.

Mohammad Daud Amin, Kabul’s deputy police chief, said a probe was in progress to determine whether the killing was intentional or accidental.

In response to an emailed query from Pajhwok Afghan News, the International Security Assistance Force (ISAF) confirmed the Afghan female dressed in a police uniform killed the civilian advisor.

“The shooter is in Afghan police custody. Currently Afghan and ISAF officials are investigating the incident,” the NATO-led force said, adding they were still working to confirm her affiliation.

So far during the current year, 53 foreign troops have been killed in the so-called green-on-blue attacks by Afghan security personnel.

Crime Investigation Department head Gen. Mohammad Zahir characterised the shooting as the latest incident in a series of insider attacks — an issue of serious concern that has undermined trust between the two sides.

A police official, who did not want to be named, identified the killer as Nargis, assigned to the gender and equality department of the police headquarters. She fired one shot at the advisor, a construction engineer, in the head at close range around 10am, the source said.

Earlier in the year, two US soldiers were killed by a policeman at the Interior Ministry in February, prompting ISAF to temporarily withdraw its advisors from a number of ministries and police units.