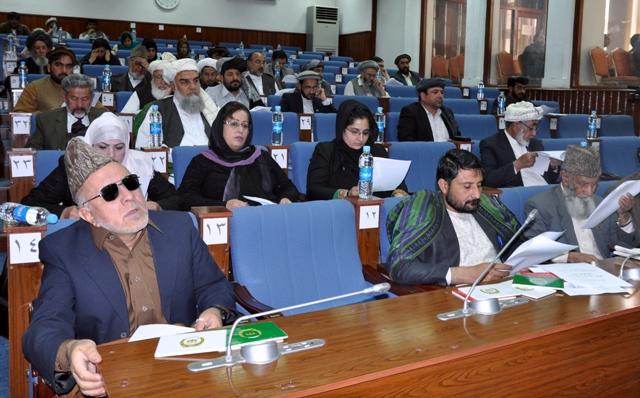 KABUL): Senators on Tuesday differed over the mention of tribes in new computerised identity cards and insisted on maximum caution to prevent their issuance to foreigners.

The registration process of the new ID cards delivery was officially launched with the distribution of forms to families in several localities of Kabul on Mar 24.

A Meshrano Jirga — or upper house of parliament — member urged all relevant departments to be careful in distributing the cards.

Balqis Roshan, a public representative from western Farah province, said: “The Ministry of Interior must take precautions to block the issuance of the new ID cards to Iranian, Pakistani and Tajikistani citizens.”

Foreign nationals had been able to get the old Afghan ID cards, she claimed, while calling for effective steps to stop a recurrence of the past practice.

Roshan believed tribes should not be mentioned in the cards, arguing that such specifications created problems in Afghanistan. The tribal content could be used for political objectives, she added.

On the other hand, Faizi supported the mention of tribe to ascertain the populations of different ethnic groups. “We are proud to be Afghans, but tribes should be mentioned in the cards.”

Another MP from Kapisa, Mohiuddin Munsif, held a similar opinion. It is necessary establish the identities of Pashtuns, Tajiks, Uzbeks, Hazaras, Turkmens, Pashayees, Nuristanis, Aimaqs, Balochs, Arabs, Gujjars and others.

The relative ministries should try to issue the cards to all citizens before presidential and provincial council elections, scheduled to be held in April 2014.