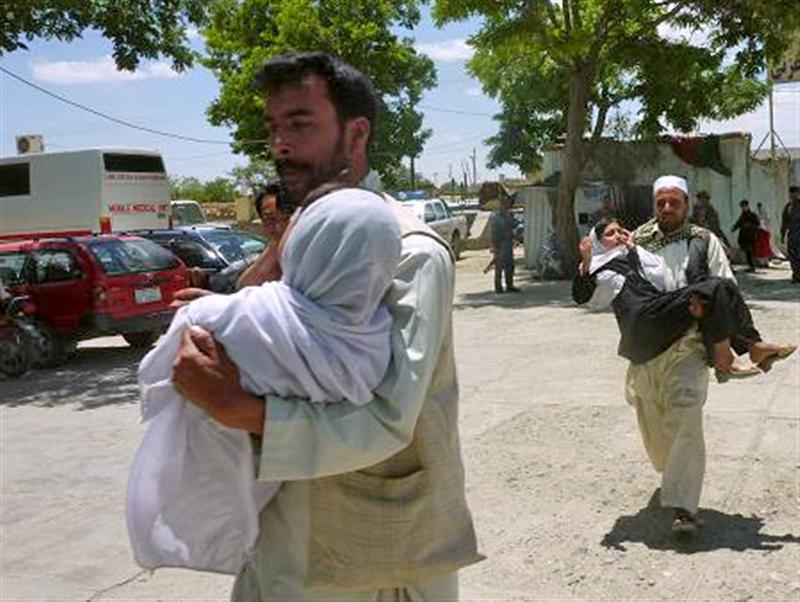 TALOQAN (PAN): Sixty-five more school girls were poisoned in the capital of northern of Takhar province on Sunday, officials said.

The Bibi Maryam High School students of different classes went unconscious inside their classrooms before education officials took them to hospital with the help of police.

Public Health Director Dr. Hafizullah Safi told Pajhwok Afghan News the girls’ medical examination did not reveal any specific cause of the poisoning.

He said as they continued to look into the incident, 60 percent if the girls were discharged from hospital after being administered first aid.

A student of 10th grade, Nasima, said she sensed a trenchant smell inside her classroom when. She fell unconscious along with several classmates. She asked the authorities to take steps to prevent such attacks.

Education Director Abdul Wahab Nazari confirmed the students were taken to hospital in unconscious condition, but he denied they had been poisoned.

On Thursday, at least 17 school girls lost consciousness after a suspected poisonous gas attack on the Bibi Hawa Girls’ High School in Taloqan, the provincial capital.