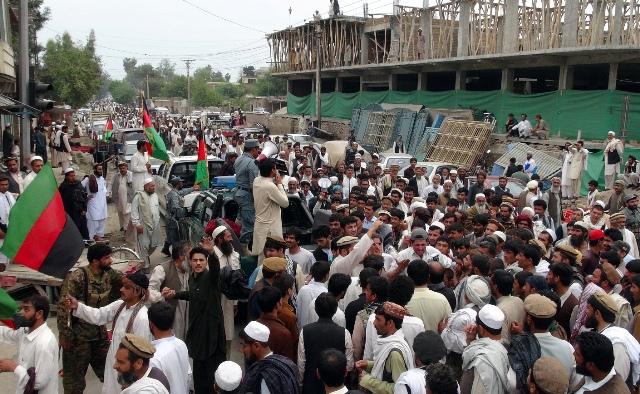 JALALABAD (PAN): Protesting residents of eastern Nangarhar province on Wednesday warned of boycotting next year’s presidential and provincial elections if action was not taken against Governor Gul Agha Sherzai.

“All residents of Nangarhar will boycott the elections and stop supporting the central government,” said Pir Bakhash Gardiwal, a Wolesi Jirga member, who participated in the demonstration that entered a fifth day today.

Hundreds of people, some coming from the districts, took part in the rally and marched on various roads, chanting slogans against Sherzai, who they accused of corruption in executing reconstruction projects and grabbing government land.

Gardiwal said the continued protest could unleash a new political crisis in Nangarhar if immediate action was not taken to satisfy the protestors.

One of the rally organisers, Zabihullah Zmarai, said the people of Nangarhar could no longer tolerate the corrupt governor continuing in his office. He said Sherzai should be held accountable for his deeds.