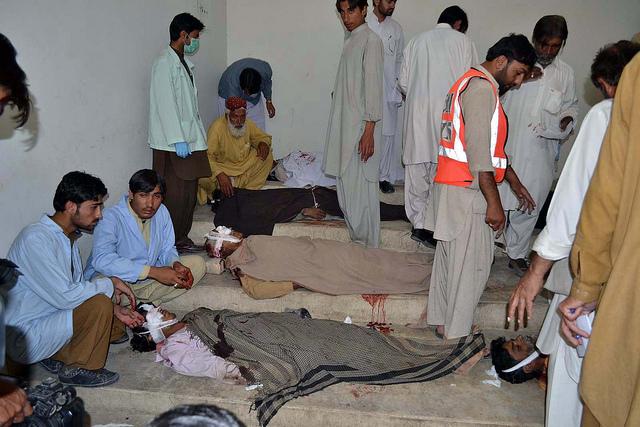 He said unknown militants had planted explosive materials in a car, which was parked on the roadside. There was a huge blast when the RRF vehicle reached the spot, he said, adding the strength of blast destroyed police vehicles and nearby buildings.

Bomb disposal squad officials said more than 100 kgs explosives were used. Emergency was imposed in civil hospital Quetta where the injured were rushed for treatment.