US warned against reconciliation with Taliban 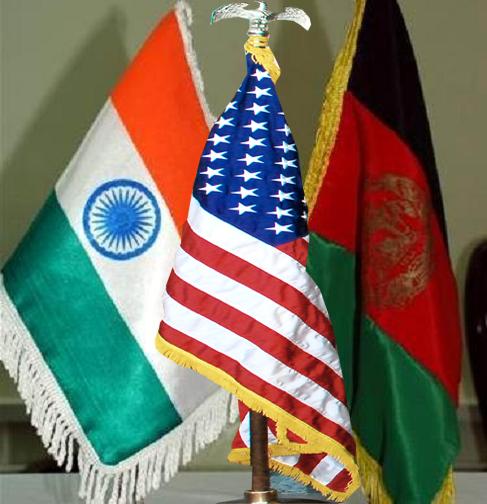 US warned against reconciliation with Taliban

“India is committed to supporting the democratic forces in Afghanistan. The nascent Afghan security forces — the Afghan National Army and Afghan National Police — the combined strength of which has reached nearly 350,000, have shown encouraging combat spirit,” the Bharatiya Janata Party (BJP) president said.

Rajnath Singh said in a major foreign policy speech on Afghanistan at an event at the Capitol Hill: “While keeping the overall political and security balances in view, India is willing to provide its share of training and non-lethal support in bolstering defensive capabilities of Afghan forces.”

Singh said a democratic, developed and progressive Afghanistan had the potential to act as a major springboard for economic progress of the entire region. “This will bring smiles back on the faces of our cousins, lights in their households, dollars in their pockets and most importantly peace in their neighborhood,” he remarked.

Mutually beneficial and supportive India-Afghanistan ties did not stand in the way of Afghanistan’s ties relations with its other neighbours, the BJP leader said. “We would wish Afghanistan to have close, friendly ties with all its neighbours and exercise full freedom of choice in this regard.”

However, Singh cautioned the US against any peace talks with the Taliban, arguing the outfit was unlikely to change its behaviour and the reconciliation effort would be a futile exercise.

“The eagerness to engage with elements that want to return Afghanistan to the status of ‘Islamic Emirates’ in the hope that they would deliver, and in the process humiliating and weakening the democratic leadership, doesn’t augur well for the region,” he said.

If peace with the Taliban was pursued with cooperation from the Pakistani military, as seemed to be the case, the situation would become even more fraught, he warned. Many would call it the strategic ambition of the Pakistan Army to control Afghanistan, Singh said in his key note address.

Singh said the US has had a mix bag of experience in partnering with Pakistan in this war against terrorism. “The results have been a mixed bag. While the Taliban and Al Qaeda have lost many key leaders, they continue to hold on to their strongholds in the south and east of Afghanistan and also inside Pakistan territory.”