Mullah Baradar likely to be released this month 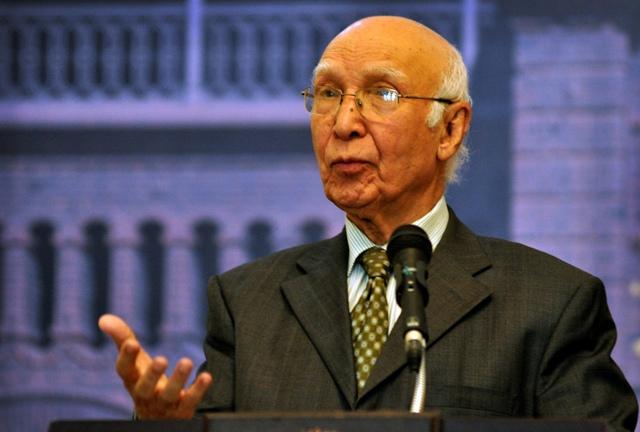 Mullah Baradar likely to be released this month

Pakistan is holding Baradar since 2010 when he was arrested in the southern port city of Karachi during a joint raid by Pakistan’s intelligence agency, ISI and CIA personnel.

Sartaj Aziz, the national security advisor, said Islamabad could release him as this month to jumpstart the struggling peace process.

President Hamid Karzai, who visited Pakistan last month, sought Islamabad’s help in arranging talks with the Taliban and asked for the release of detained leaders of the movement.

Believed to be a close aide and one of the most trusted commanders of Mullah Mohammad Omar, the group spiritual leader, Baradar is one of the four men who founded the Taliban movement in 1994.

“In principle, we have agreed to release him. The timing is being discussed. It should be very soon … I think within this month,” Aziz, advisor on foreign affairs to Prime Minister Nawaz Sharif, told news agency Reuters.

In Kabul, Karzai’s office said it would respond later to Baradar’s prospective release, and Taliban spokesman Zabiullah Mujahid said the militia was assessing the situation.

The announcement comes days after the release of seven Taliban prisoners by Pakistan, including Mullah Mansoor Dadullah, brother of Mullah Dadullah Akhund, killed by British forces in Helmand.

This was the third batch of Taliban detainees to be released by Islamabad. Twenty-six prisoners were set free in two groups last year.

Pakistan said it had freed the militants ‘to facilitate’ the troubled Afghan reconciliation process. However, news of release of Taliban fighters last week was coldly received in Kabul where authorities downplayed it as a ‘minor step’.