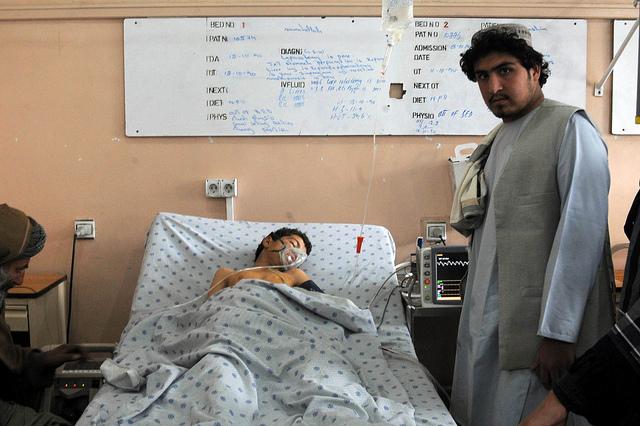 LASHKARGAH (PAN): Eighteen insurgents and four civilians, including a woman, were killed during separate incidents in southern Helmand province, officials said on Wednesday.

The  insurgents were killed during an operation in Bustanzo area, where two Taliban Nimatullah and Mullah Jan were arrested and a huge quantity of weapons seized, a official at the provincial administration, Mohammad Lal Ahmadi, told Pajhwok Afghan News.

Mullah Jan was Taliban’s designated district chief for Sangin, he said, adding 70 heavy and light weapons were seized during the operation.

Ahmadi also said some explosives and weapons were confiscated during a separate operation in Nad Ali district.

But Qari Yousuf Ahmadi, a Taliban spokesman, claimed Afghan forces were inflicted heavy casualties during clashes in Sangin and other areas.

Elsewhere in the province, four civilians, including a woman, were killed and eight others were wounded in a roadside bombing in Musa Kala district.

The injured included children and women, the governor’s spokesman, Omaz Zwak said. The civilians were on their way to Kajaki district in a vehicle that struck the landmine late on Tuesday.