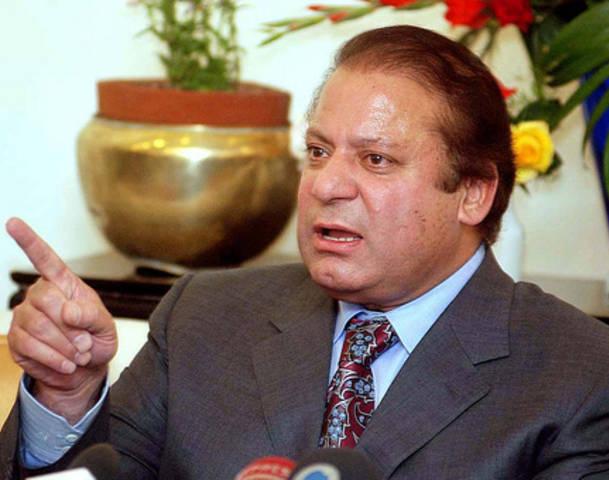 “Pakistan will do all it can to support the realization of peace and stability in Afghanistan, as we believe that a peaceful, stable and united Afghanistan is a prerequisite for a peaceful and stable Pakistan,” Sharif told a Washington audience.

He said his government was determined to pursue regional peace and security as its top most priority: “We seek good neighbourly relations with India, Afghanistan and the rest of the countries in the region.”

He referred to his meeting with Indian counterpart Manmohan Singh in New York last month. “As you would be aware, no region has lagged as far behind in the world as South Asia. To lift our people out of poverty, we must first of all establish peace in the region. This is why I have reached out to the Indian Prime Minister and sought to pursue peace and full normalization of relations with our eastern neighbor,” he said.

Sharif is scheduled to meet the US President Barack Obama at the White House on Wednesday. Both leaders are expected to discuss the situation in Afghanistan.

According to a senior US administration official, the US would like to hear from Sharif his views on Afghanistan in particular those related to the post-2014 scenario when the US plans to withdraw from the country.

Meanwhile, The Washington Post, in a lead editorial praised Sharif for his efforts towards peace in Afghanistan.

“In response to a request from Afghan President Hamid Karzai, he presided over the release of a number of Taliban prisoners, though Afghan peace talks appear to be going nowhere,” the daily said.

“The gap between Pakistan and American ambitions for the country may be narrowing. Pakistan appears more ready to be solicitous of the Afghan government’s position on the Taliban and more aware of the danger the movement poses to its own political order,” the daily said.

“But Mr. Sharif must cope with powerful public hostility toward the United States as well as with military factions that continue to encourage Afghan and Kashmiri jihadists,” The Washington Post said.

A day ahead of Sharif-Obama talks, Amnesty International condemned US drone strikes as unlawful, saying the attacks in Pakistan have killed scores of unarmed civilians and that the US officials responsible for the killings should stand trial for war crimes.

In a report published along with the results of an investigation by Human Rights Watch, it said the strikes killed harmless people – a grandmother, woodcutters, miners and vegetable vendors – in Pakistan’s North Waziristan region, a favourite hunting ground for militants.