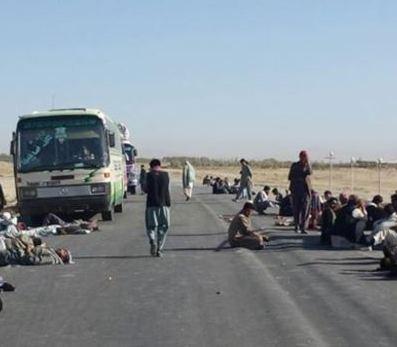 Police said the clash that left another seven people injured took place between gunmen loyal to commander Mustafa and Nadar in Awshan area situated between Dolinah and Shahrak district.

The Independent Human Rights Commission released a report in September, saying 147 civilians have been killed and 128 injured this year as a result of roadside bomb blasts, armed clashes between illegal armed groups and attacks by anti-government forces.

In an interview with Pajhwok, Ghor governor Syed Anwar Rahmati said approximately 6,500 illegal armed individuals and 3,500 Taliban fighters had been operating in the province, posing threats to the security situation.