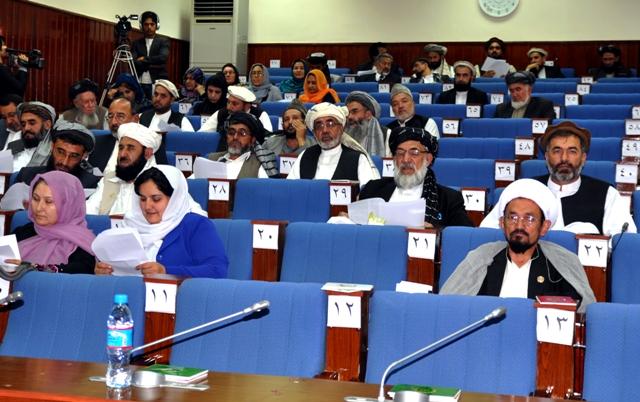 KABUL on Tuesday approved some more provisions of a draft law on population census, but decided against mentioning tribe’s name, penname and religion in computerised national identity cards (CNICs).

Having 7 chapters and 39 articles, the law was approved by the Wolesi Jirga — or lower house of the parliament — in July, amid objections from some members to the way it was passed.

The government, which presented before the lower house the draft law in March, had proposed name, father’s name, grandfather’s name, date of birth, place and current address of a holder be mentioned in new ID cards.

After a heated debates and physical clashes over some controversial articles, the lower house agreed to the government’s proposal, but suggested penname and religion also be mentioned in the cards.

On Tuesday, the Meshrano Jirga’s Commission on Defence and Internal Security Affairs presented the draft law on population census before the upper house for approval.

Mohammad Amin Sapi, the panel’s deputy head, said mentioning tribes in ID cards had been made clear in Article 6. He added the commission endorsed had the Wolesi Jirga’s proposal that the word Afghan should be mentioned in the cards.

Some senators also said the word Afghan should be written in the cards, but others opposed the idea. When asked for their views, 45 of the 74 members present endorsed the government’s proposal of mentioning holder’s name, father’s name, grandfather’s name, date of birth, place and current address in ID cards.

Chairman Fazl Hadi Muslimyar said the majority decision showed the lower house’s addition of mentioning penname and region had been dropped. He ruled a joint commission of both houses would be constituted to resolve differences.

Rooh Gul Khairzada, who heads the commission on defence, said there were no controversial articles left in the draft law, except Article 6 and the house should decide on it. By a majority vote, the house approved some more provisions of the law.