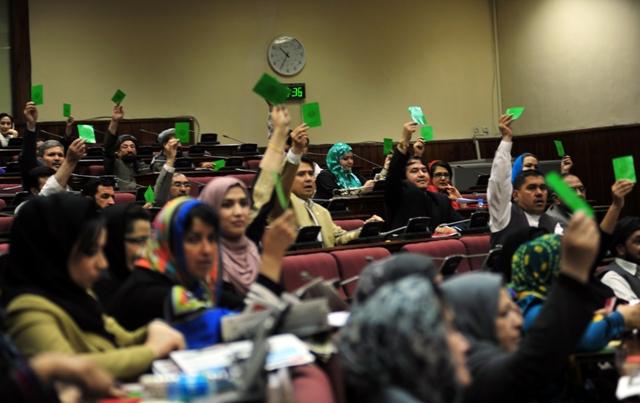 KABUL or lower house of parliament on Monday approved with some amendments the law on access to information by a majority vote.

The Ministry of Justice sent the six-chapter law containing 32 articles to the Wolesi Jirga for approval in mid-March this year.

The draft law was presented before the general session on Monday by the house commission on religious and cultural affairs.

Kamal Nasir Osuli, the commission head, told lawmakers all the 18 commissions had discussed the measure, but they held different opinions.

“Some commissions want the nine-member oversight commission on the implementation of Access to Information Law should be headed by the Minister of Information and Culture because the minister is answerable to the Wolesi Jirga for such affairs”, Osuli said.

But others suggested the commission head should be elected from among its members, the lawmaker said.

Of 156 MPs present, 96 voted in favour of the panel’s head election from among its members.

The overnight commission on the Implementation of Access to Information Law is a combination of representatives from the ministries of information and culture, telecommunication, foreign affairs and members of the Afghanistan Independent Human Rights Commission (AIHRC), Association of Lawyers, National Directorate of Security (NDS), Association of Defence Attorneys, and two representatives from associations of journalists.

The draft law on social support was also approved by the house after being tabled by the commission on martyrs and people with disabilities.

The commission head, Mohammad Akbari, said all commissions had approved the law having three chapters and 22 articles without suggesting any amendments.

“This law is aimed at supporting widows and homeless women, people with disabilities, homeless orphans, beggars and poor people”, Akbari said. All 156 lawmakers present voted to approve the bill.

Speaker Abdur Rauf Ibrahimi said both the drafts would soon be forwarded to the Meshrano Jirga or upper house for approval.