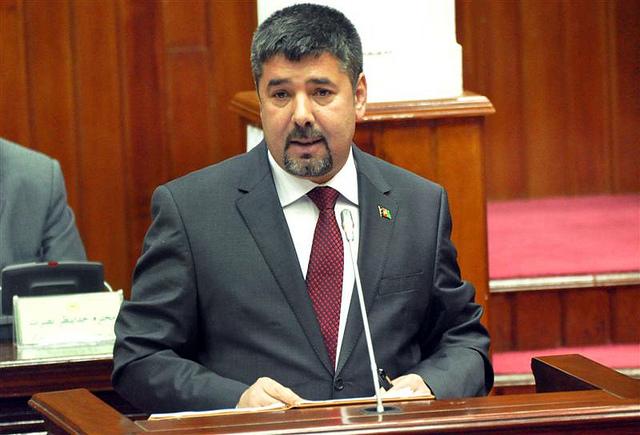 KABUL in the next government.

Acting National Directorate of Security chief Rahmatullah Nabil was summoned to the Wolesi Jirga or lower house of parliament along with Interior Minister Mohammad Omar Daudzai and Defenc Minister Bismillah Khan Mohammadi to brief lawmakers regarding the security situation in the country.

About 800 militants have launched attacks focused on Sangin district of southern Helmand province since a week and the violence has spread to other districts as well.

Reports pouring in from Sangin suggest so far 215 civilians, 100 Afghan security personnel and about 200 insurgents have suffered casualties.

Attacks also took place in Logar’s Azra district and in Kamdesh district of Nuristan and in parts of Kunar.

Nabil said Afghan forces had been busy keeping security for the elections as Pakistan took advantage of the situation and launched attacks in the said areas and simultaneously launched operation against Pakistani Taliban in the North Waziristan region.

He said they had complete prior information about the attacks in Helmand and had shared that information with President Hamid Karzai.

“We had full preparations for the attacks, which are an open war between Afghanistan and Pakistan, but the lack of resources remains the key problem for us,” he said.

He said Pakistan had divided the Taliban into two categories –– good Taliban and bad Taliban.

Good Taliban were those who shed the blood of Afghans and  bad were those shedding blood of the Pakistanis, he said.

Nabil said the motive behind the Pakistani attacks was that the neighbouring country wanted to introduce the Taliban as a force and earn a place for them in the next Afghan government.

The NDS official also hinted at another problem in Helmand, saying some individuals in the southern province interfered in the appointments of officials on ethnic lines, which he said created security problems.

Nabil also called as important blocking Facebook pages in Afghanistan under the current circumstances, saying the president had rejected a proposal in this regard.

Defence Minister Bismillah Khan Mohammadi also claimed Pakistani forces were fighting alongside Afghan Taliban in Helmand and other parts of the country.

He said Pakistan wanted to create a permanent base for Taliban in Helmand in order to stage attacks from the province into other provinces.

Citing an example, he said a Taliban man Mullah Sadar, who was released some time ago from the Pul-i-Charkhi prison, was spearheading the battles in Helmand.

The minister said Afghan forces lacked fighter jets and spy planes and the government’s policy did not allow assistance from foreign forces.

In the wake of the security transition and the elections, the ongoing year would be full of problems, he said.

The three officials urged the national assembly to extend political support to their forces.

The speaker said Afghan forces could not compete with Pakistani forces in terms of resources but the Afghans had always defended their motherland from foreign aggression.