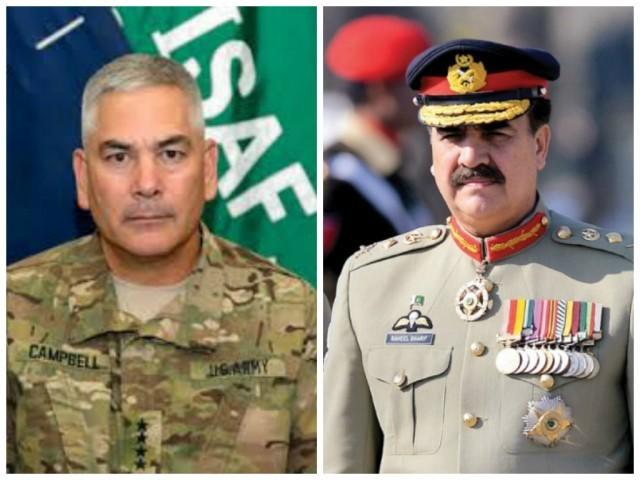 A statement from ISPR said mutual interest, including the latest situation in Afghanistan and coordination along the Durand Line also came up for discussion.

It was Campbell’s first visit to the General Headquarters (GHQ) after taking over as ISAF commander on June 26.