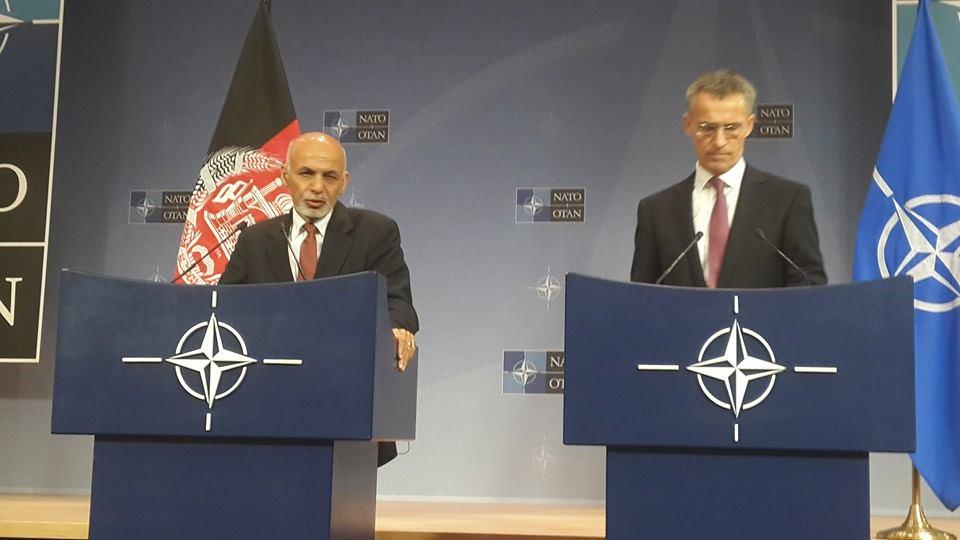 BRUSSELS (Pajhwok): As its combating campaign ends in less than a month, foreign ministers from NATO and partner nations decided on Tuesday to embark on a new mission to train and assist Afghan forces.

The new mission Resolute Support, which comes after 13 years of war, will involve 12,000 international troops, with the United States contributing the largest number of trainers and advisors.

Addressing the participants at the NATO headquarters here, President Ashraf Ghani said: “Meeting the gap in numbers for the Resolute Support mission is critical. We are not yet able to do everything alone.”

The new mission would get under way on Jan. 1, 2015 to train and advise Afghan forces in their combat against militants, NATO Secretary-General Jens Stoltenberg said. “Afghanistan‘s future is now in the hands of Afghans.”

NATO members had failed to provide promised support due to delays in finalizing the new mission this year, US Secretary of State John Kerry said, promising his country would meet the shortfall in NATO troops on a temporary basis.

A new chapter of cooperation between the alliance and Afghanistan, the mission would ensure that both sides continue to build on the gains made over the past 13 years, Stoltenberg said.

“This is a significant moment for us and Afghanistan. Resolute Support will be a non-combat mission. Around 12,000 troops from NATO allies and partners will train, advise and assist the Afghan forces,” he added.

At the start of the meeting, Chief Executive Officer (CEO) Dr. Abdullah Abdullah sought continued global support to ensure Afghan security forces’ sustainability. The unity government would not shy away from its commitment to increased fiscal contribution to the national security budget.