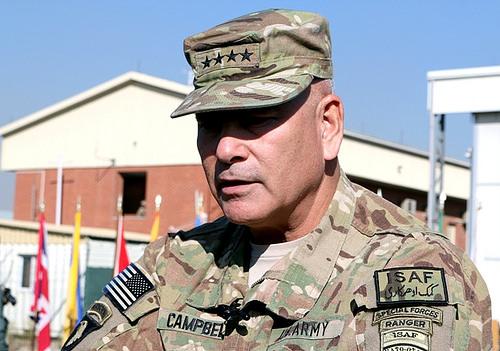 In an interview with Army Times, the American general said: “We are seeing reports of some recruiting. “There have been some night letter drops, there have been reports of people trying to recruit both in Afghanistan and Pakistan…”

But he explained the terror outfit had a hard message to sell in Afghanistan, where the Taliban Omar and had a different ideology from IS. “But there are people who are disgruntled with the Taliban; they haven’t seen Mullah Omar in years…”

Such people vulnerable to the Daesh message, he said, adding they were looking at the situation. President, Ashraf Ghani has also expressed his concerns at possible IS activity, according to Campbell.